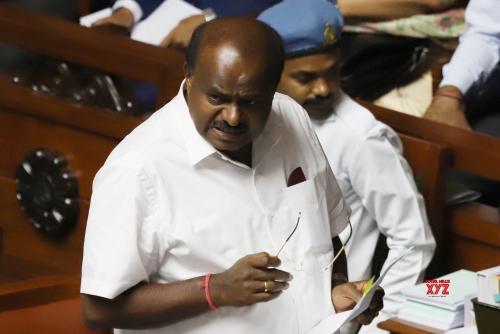 NEW DELHI/BENGALURU: The Karnataka assembly was thrown into chaos as the Speaker turned down Chief Minister HD Kumaraswamy’s request for more time before the trust vote and asked the lawmakers to cut down on their time for speech.

The house was adjourned for 10 minutes as lawmakers from both sides raised slogans – the ruling coalition for more time and the BJP for resignation of the Chief Minister. Both the Chief Minister and Congress’s Siddaramaiah left the assembly.

The coalition has been asked to prove majority after its 16 lawmakers resigned and two independents withdrew support. The BJP has accused the Chief Minister of delaying the trust vote in hopes of reprieve from the Supreme Court.