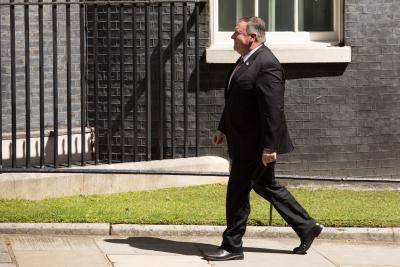 Beijing: Chinese Foreign Ministry hit back at “lying diplomacy” practiced by US Secretary of State Mike Pompeo, saying it has unprecedentedly damaged US external relations, national image, and reputation.

Spokesperson Hua Chunying made the remarks at a daily press briefing when asked to comment on Pompeo’s tweet, in which he claimed that the current US administration has released more information about the Communist Party of China threat to the American people and US businesses than any other administration, Xinhua news agency reported on Friday.

“In recent years, the United States has engaged in unilateralism, undermined multilateral cooperation, wantonly broken contracts, and posed the threat of sanctions,” Hua said, stressing that the country has so far withdrawn from more than 10 international treaties and organisations.

She noted that in the field of climate change, the United States refused to ratify the Kyoto Protocol and withdrew from the Paris Agreement. “In the area of arms control and non-proliferation, it has quit the Joint Comprehensive Plan of Action and the Intermediate-Range Nuclear Forces Treaty, revoked the signing of the Arms Trade Treaty, announced its withdrawal from the Treaty on Open Skies, and adopted a negative attitude toward the extension of the New Strategic Arms Reduction Treaty.”

At a critical moment when the international community is joining hands to fight against the pandemic, the United States announced its withdrawal from the World Health Organization, Hua added.

“Facts have proved time and again that the United States is the biggest destabilizing factor threatening global peace and security,” the spokesperson said.

According to polls in more than 10 countries, including the US allies, about half or more of the respondents think that the United States poses a major threat to their countries, Hua said.

“The United States, rather than any other country, poses the greatest threat to itself,” Hua said.

She reiterated that Pompeo and his like-minded people have suppressed China by any means for their own benefit and deliberately sabotaged China-US relations. “They are standing on the wrong side of history and run counter to friendship between people of the two countries.”