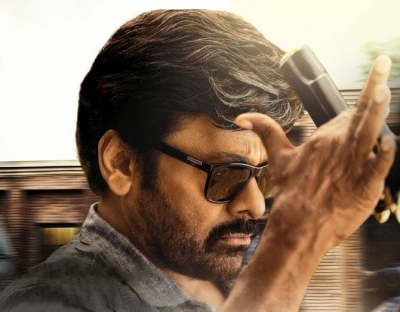 Sources in the industry say that the lavishly-made political action thriller, which took a grand opening for Dussehra, dominated the box office on day two as well.

The movie is expected to record massive numbers during the extended weekend.

The film, which has Salman Khan appearing in a brief but powerful role, seems to be performing reasonably well, with positive reports coming in from almost everywhere.

‘GodFather’, which collected a worldwide gross of Rs 38 crore on its opening day, has raked in Rs 31 crore on its second day. The total amount it has grossed worldwide after two days stands at Rs 69 crore.

The makers believe that as the Dussehra holidays are still on, the numbers will continue to be massive even during the weekend.

The film’s story is quite gripping as it revolves around the power struggle in a political party soon after the death of the state’s Chief Minister. While the Chief Minister’s daughter (Nayanthara) is not interested, his son-in-law (Satya Dev), and a few others in the party are at the heart of a power grab.

Brahma (Chiranjeevi), the trusted man of the fallen stalwart, is drawn into murky affairs and is keen to keep greedy sharks at bay.

The film has cinematography by Nirav Shah and music by Thaman.