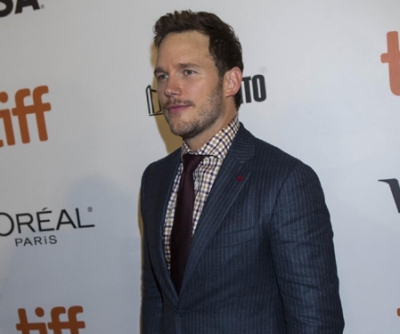 Chris Pratt: ‘The Tomorrow War’ is a story about second chances

Los Angeles: Actor Chris Pratt is back in the sci-fi action drama “The Tomorrow War”, a film he has also executive-produced. He describes the film as a story about second chances.

He added: “At one point or another, we have all wondered if the life we are living might not be the one we were meant for.”

To infuse the character with additional nuance and emotional depth, Pratt incorporated elements from his personal life.

“As you see in the film, Dan has a really complicated relationship with his father, and I felt like that was something I could bring my own experiences to,” he says, adding: “Although my situation and Dan’s are quite different, there were definitely a few aspects of this character I mined from my own background.”

In “The Tomorrow War”, the world is stunned when a group of time travellers arrive from the year 2051 to deliver an urgent message. The only hope for survival is for soldiers and civilians from the present to be transported to the future and join the fight.

Among those recruited is high school teacher and family man Dan Forester. Determined to save the world for his young daughter, Dan teams up with a brilliant scientist and his estranged father.

Directed by Chris McKay, “The Tomorrow War” is set to stream on July 2 on Amazon Prime Video.