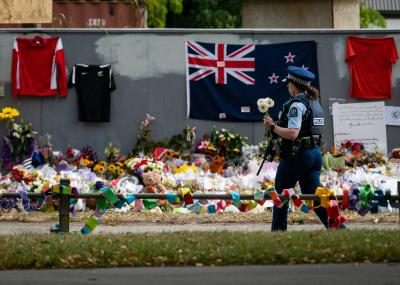 Wellington:  The white supremacist who murdered 51 people at two mosques in New Zealand’s Christchurch in 2019 has appealed his conviction and sentence.

Brenton Tarrant, who committed the country’s worst terrorist attack on March 15, 2019, is currently serving a term of life imprisonment without parole on murder, attempted murder and terrorism charges sentenced in August 2020 after he pleaded guilty to all the charges, reports Xinhua news agency.

The appeal was filed on November 3, and the court has not set the date to hear the appeal, said a Court of Appeal spokesperson on Tuesday.

Tarrant has been held in a prison with “maximum security” in Auckland, according to local media.

Asked about his appeal, she told reporters: “His is a name that shouldn’t be repeated and I’m going to apply that same rule in commenting on his attempts to revictimise people. We should give him nothing.”

Her government refuses to publicly name Tarrant to deprive him of any platform or notoriety, the BBC reported.

He had the intention of killing as many Muslim people as he could, his trial heard in 2020.

He livestreamed the attack on Facebook via a headcam and also published a 74-page manifesto on extremist forums.

The Christchurch attack prompted Parliament to pass stricter gun laws and buy back certain types of weapons from owners.