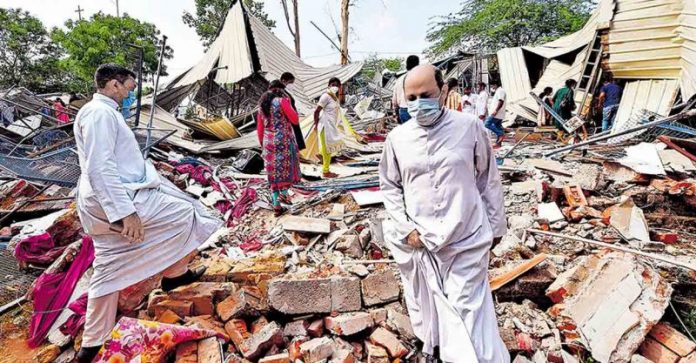 New Delhi: The Church members, religious leaders and political leaders have termed the demolition of the Little Flower Church at Faridabad in South Delhi shocking. It was the South Delhi district administration which razed a church allegedly built on encroached land during a demolition drive. The Church authorities met the Delhi chief minister Arvind Kejriwal and raised the issue with him. “It’s a highly shocking incident. Usually a place of worship is meant for offering prayers only. A situation of tension should not have been created there. According to media reports, the structure was fully razed to the ground,“ said the CM, He raised concern about the incident. However they are aware of the state government’s limitations in the matter. I have assured them the government will see what can be done,” he added.

The Syro-Malabar Church has also expressed anguish over the destruction of the Church. According to the church, the videos of JCB tearing down the church, where holy mass was being celebrated for the past 13 years, and other buildings on the compound is heart-rending. “The total disregard for the holy relics and ritualistic materials kept in the church elicits deep sadness,” said the church. The demolition was given the go-ahead by the government at a time when the dispute regarding the construction of the church was under consideration in the court. According to Fr Alex Onampalli, media commission secretary, Syro Malabar Church, the church denounces the demolition carried out by the Delhi government authorities. 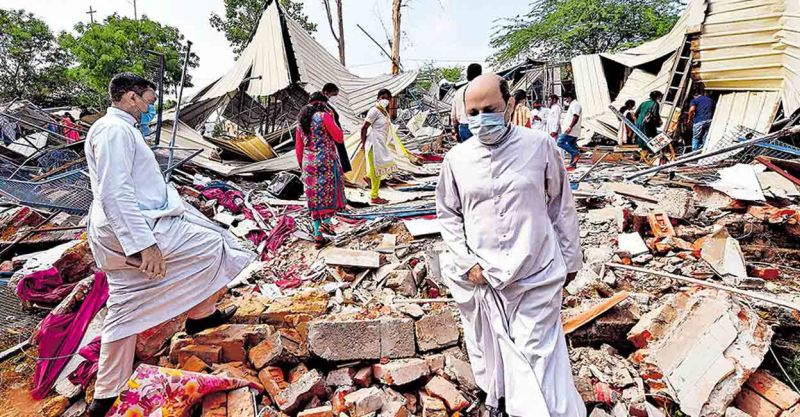 Archbishop Mar Andrews Thazhath said that the demolition of a church in Delhi should be considered as an open challenge against minorities in the country. “The Syro Malabar Church has been a place of worship for more than 2,000 people who migrated to Delhi. This is a total violation of the constitutional rights of a citizen to practise and preach his religion,” said Thazhath in a protest meeting. He alleged the civil authorities demolished the church overlooking the orders of the Delhi High court and National Human Rights Commission. 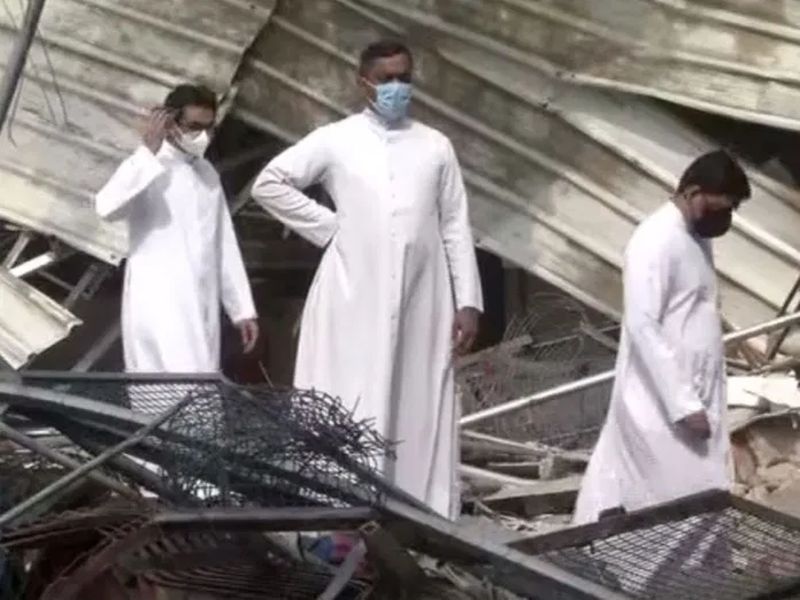 Meanwhile, The district administration, in a statement, said the church was built on the gram sabha land, which was “encroached by some people by installment of religious structures”. “Over time the encroached area started increasing in the garb of the expansion of the religious structure. Therefore, BDO office tried to undertake the demolition of the unauthorized structures,” it said. It added that the matter was earlier transferred to the “religious committee” upon the NHRC’s directive. 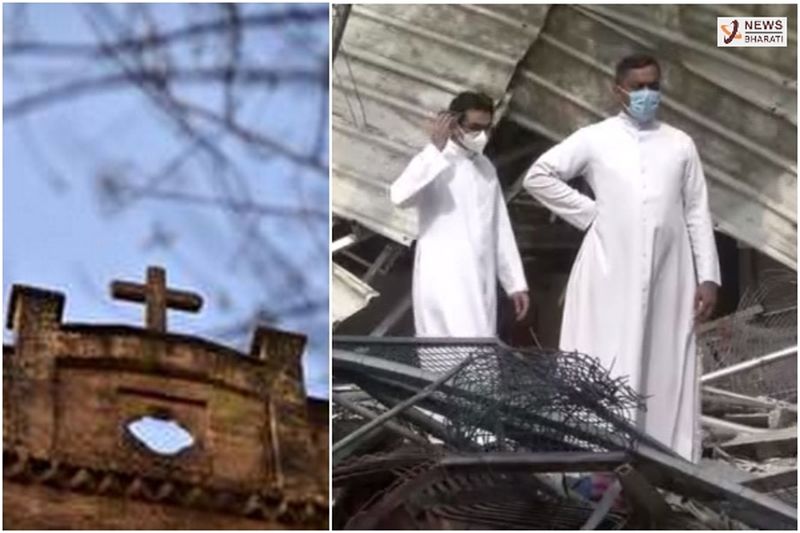 “Thereafter, a letter was received from the home police-II department dated 03/03/2021 where they cited the HC order of 2015 in WPC no 5234/2011 wherein it was directed to demolish the entire construction above the ground floor as well as portions of the ground where idols are not installed/placed without waiting for the decision of the religious committee,” the statement said. According to a notice dated July 7, the office of the block development officer (south) directed the “encroachers/unauthorized occupants” to remove the encroachment within three days.

“Now, therefore, all the encroachers/unauthorized occupants on the above said gaon sabha land are hereby directed to remove the encroachment themselves within three days from the date of issue of this notice falling which the action for removal of illegal encroachment upon the gram sabha land shall be initiated by this office and the cost of demolition shall be recovered from the encroachers,” the notice read. However, pastor council member and lawyer John Thomas claimed that the church never received the notice. “Neither did we receive any notice, nor were we given time to vacate the land. The officers came with 150 police personnel and three JCBs and demolished the entire structure against the high court’s order. We were not even allowed to retrieve our sacred things,” Thomas told the media. “This was a completely illegal and illicit act and we will take legal action against this,” he added.