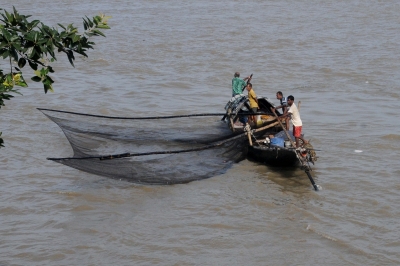 Thiruvananthapuram: The Central Marine Fisheries Research Institute (CMFRI) has warned fishermen not to catch the Indian oil sardines which have appeared off the southern coast of the state.

Upon assessing the sexual maturity, a team of CMFRI researchers found that these sardines, having a size of 14-16 cm, are yet to reach the reproductive stage.

Flagging concern over indiscriminate fishing of these small sardines, the researchers pointed out that they require another three more months to attain full maturity.

The CMFRI study also revealed that the spawning stock biomass of sardine along Kerala waters is meagre now.

CMFRI’s Principal Scientist, Dr E.M. Abdusammad, who led the study, said: “Considering this unusual and unfavourable status of the stock, we advise not to catch these sardines even thought they fall above the Minimum Legal Size (MLS) of 10 cm.”

CMFRI Director Dr A Gopalakrishnan said: “We have brought this to the attention of the state Fisheries Minister J. Mercykutty Amma.”

For the past five years, there has been a sharp decline of oil sardine along the coast in the state. There had been a slight increase in 2017 but it again continued to fall after that.

CMFRI had earlier found that unfavourable conditions in the ocean ecosystem following the El Nino was behind the fluctuations in the availability of the sardines.

According to the research institute, imposing a self regulation in fishing these sardines would help augmenting the revival of the oil sardine along the Kerala coast.