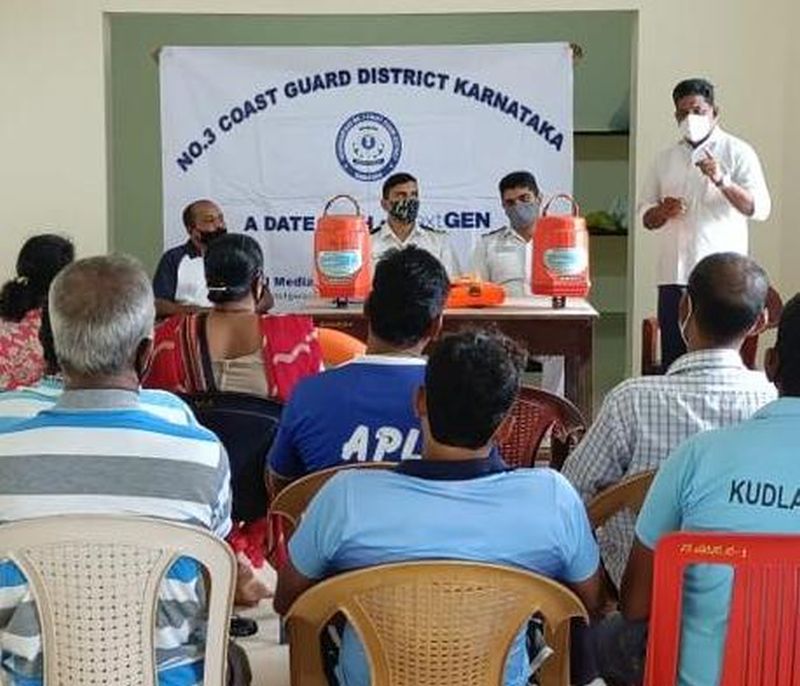 During the interaction, the fishermen were sensitised about the present security scenario and the important role they play as eyes and ears at sea. They were encouraged to share any untoward or suspicious activities at sea with Indian Coast Guard on toll free number 1554. The fishing populace was also briefed about various safety precautions to be adhered whilst operating at sea, including the use of safety equipment and gears. They were also advised to carry all life-saving equipment, boat registration papers including Biometric ID cards and Aadhaar cards during their fishing expeditions and also operate in groups or buddy systems so that they can help each other during an emergent situation. 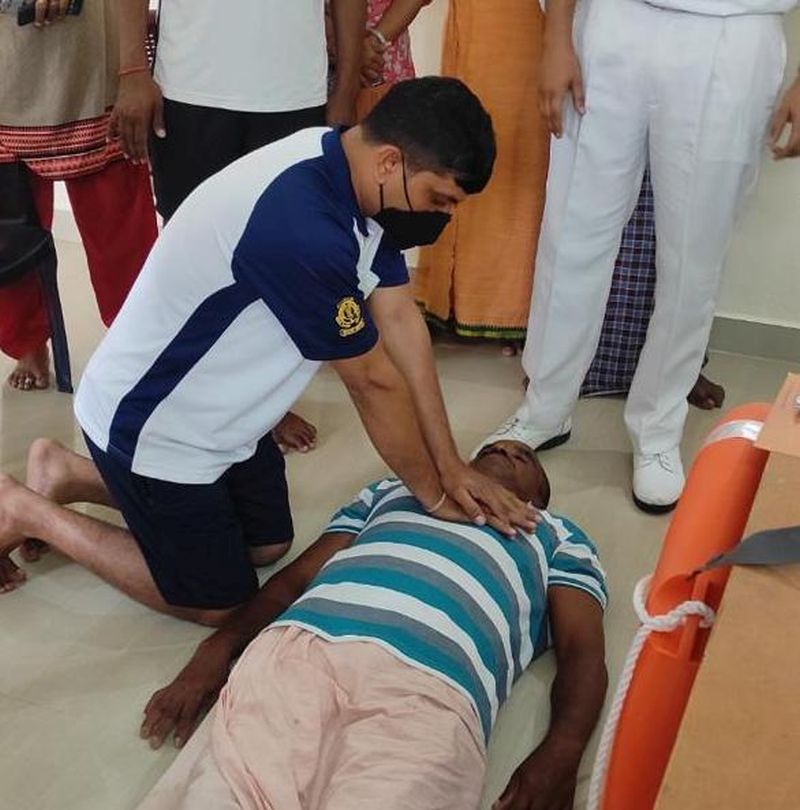 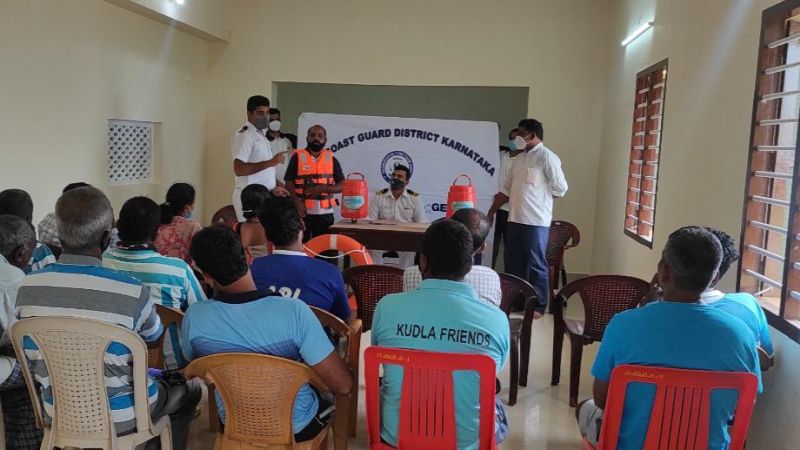 Coast Guard Officials also sensitised the gathering about heeding to weather warnings and the importance of collecting weather updates prior proceeding to sea. The Coast Guard personnel demonstrated and briefed about various life-saving equipment, DAT, life jackets. The fishing community was also apprised about the role of Coast Guard and job opportunities in the service.