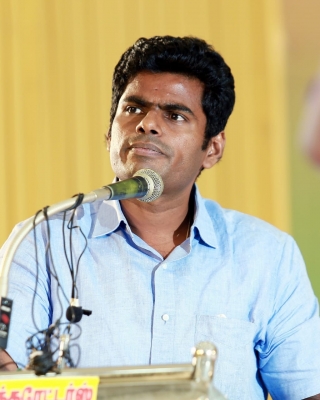 Chennai: The slugfest between Tamil Nadu BJP President K. Annamalai and top police officers of the state over the Coimbatore blast case continued.

In a press statement on Saturday, the DG of Tamil Nadu police, C. Sylendrababu, said that the BJP President was spreading rumours on the Coimbatore car blast case and was attempting to divert investigation.

Tamil Nadu DGP office said that if UAPA was invoked, the local police were bound to give a statement to the state government and added that in such instances it was the local police that was to carry out initial investigation.

The statement also said that the state government forwards this report to the NIA which decides within 15 days whether it will take over the case or not.

The press statement also said that in some cases the state government takes months to submit the report and that the Government of India will also take several months for taking a decision.

The DGP office further said that Annamalai’s statement that the Tamil Nadu police acted after getting inputs from the Central intelligence was wrong. It added that the circular from New Delhi was common to all states and not specific to Tamil Nadu.

Tamil Nadu BJP President, K. Annamalai, in a tweet said that a point-by-point rebuttal would be given to the statement released by the DGP office. Annamalai stated that he has high respect for the hardworking brothers and sisters of the Tamil Nadu police.

The Tamil Nadu BJP led by K. Annamalai has been taking aggressive stance against the Tamil Nadu police , especially the DGP of state police.