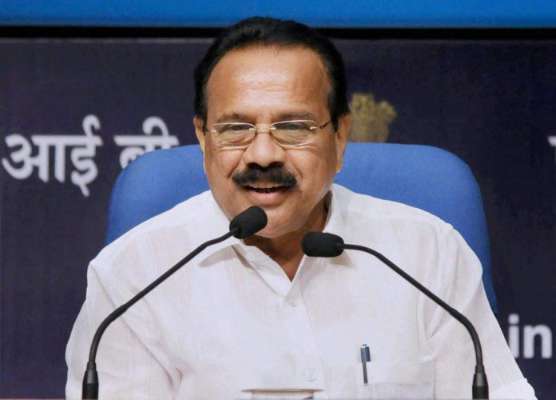 Mangaluru: A concocted and fabricated video clipping of a former minister has gone viral on social media. In this connection, a complaint has been filed in the cybercrime police station in Bengaluru on September 19.

According to the complaint filed by Thamme Gowda it is mentioned, “I have reliably learnt that a politically motivated fake, fabricated, concocted video has been made by making use of our MP D V Sadananda Gowda. The same is being circulated on social media and Facebook. The said creation of the video is only to tarnish his image and is politically motivated. The said video has been created by way of impersonation, and it is uploaded on Facebook, Whatsapp and other social media”.

Responding to the video clipping which is being circulated on social media, MP Sadananda Gowda tweeted, “A complaint has been filed with the concerned authorities, to arrest and punish the guilty immediately. Malefactors, who are upset by my success on the political front, have brought out a fake, lewd video of mine for my fall. The video has become viral on social media, which hurts me a lot. Those who are involved should be punished severely”.

Sadananda Gowda also tweeted “Also I as per the injunction order of the court, anyone forwarding/uploading the content will be punished as per the relevant sections of the law. If anyone come across doing the same, kindly inbox me”. 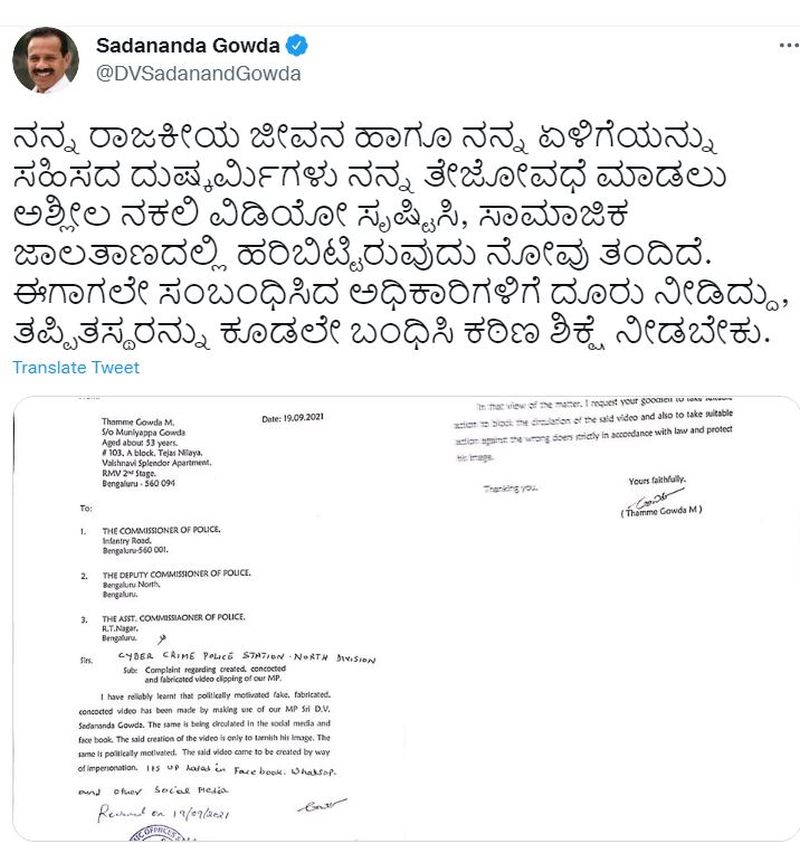 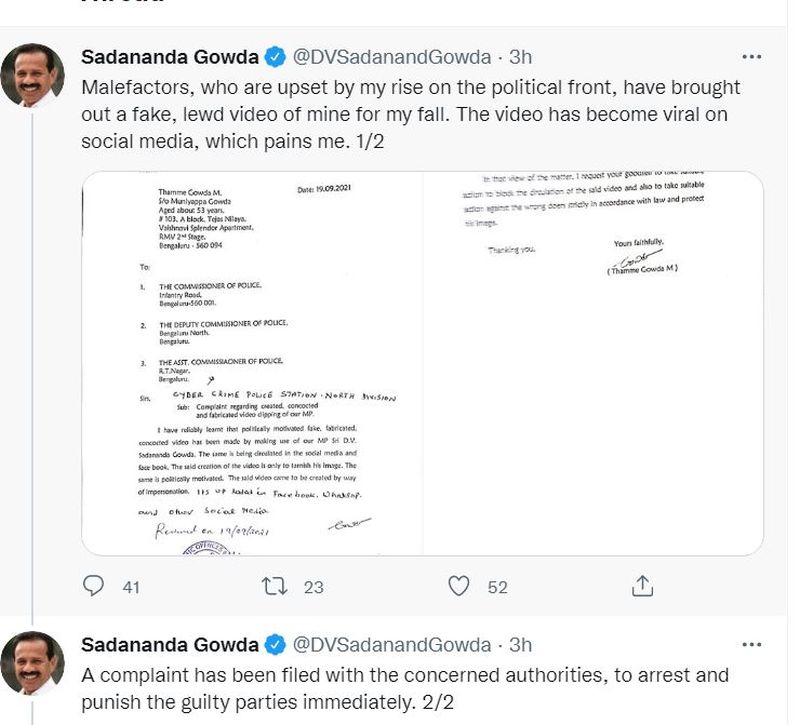