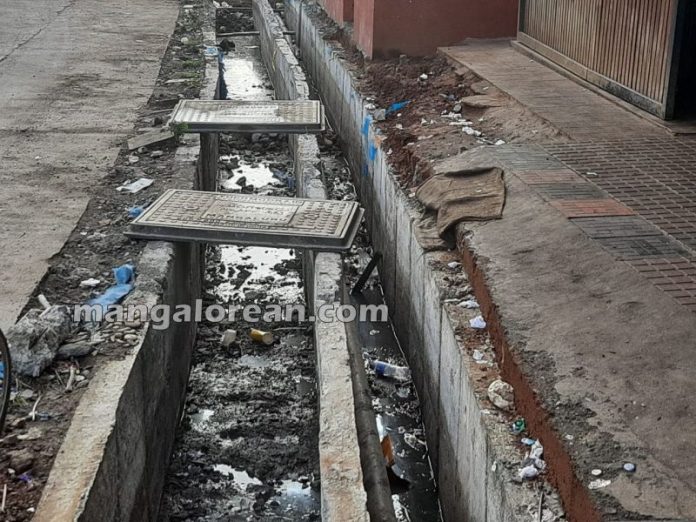 Mangaluru: Ever since the construction of the new Light House Hill Road started a couple of years ago by Mangaluru Smart City Ltd (MSCL) there have been never-ending problems, with people raising their voices about the unscientific way the project has been carried on. And as of today, they are still digging on this stretch of road, whenever they come up with a new plan. When parking spaces were constructed opposite the Ladies Club which obstructed the movement of traffic, were immediately removed after numerous complaints were posted on social media and also highlighted on Mangalorean.com. 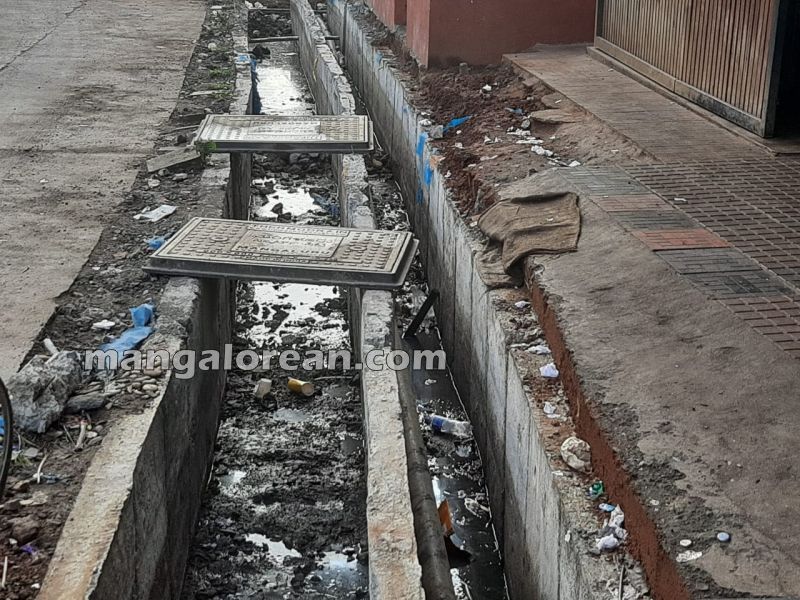 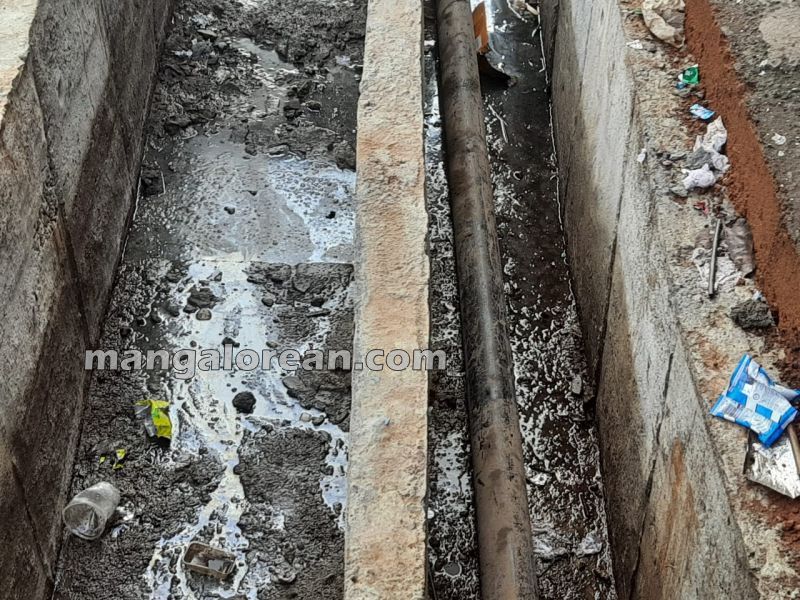 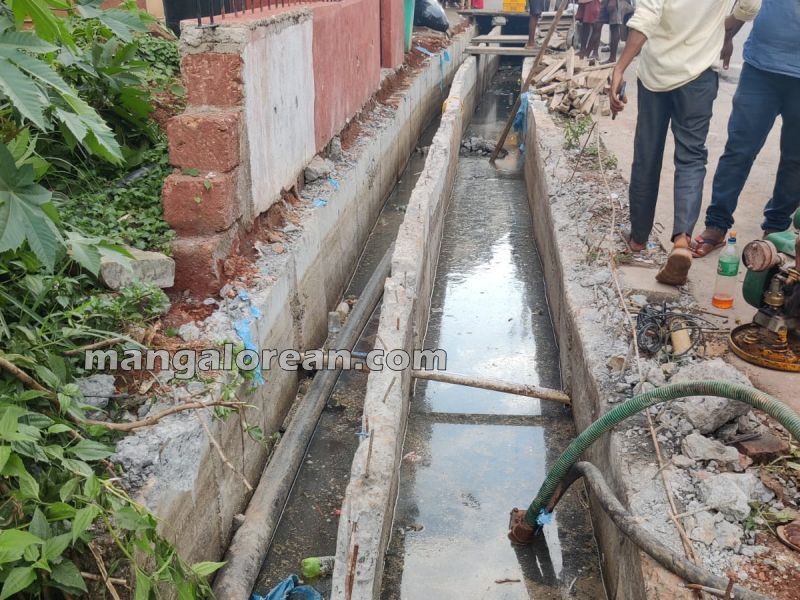 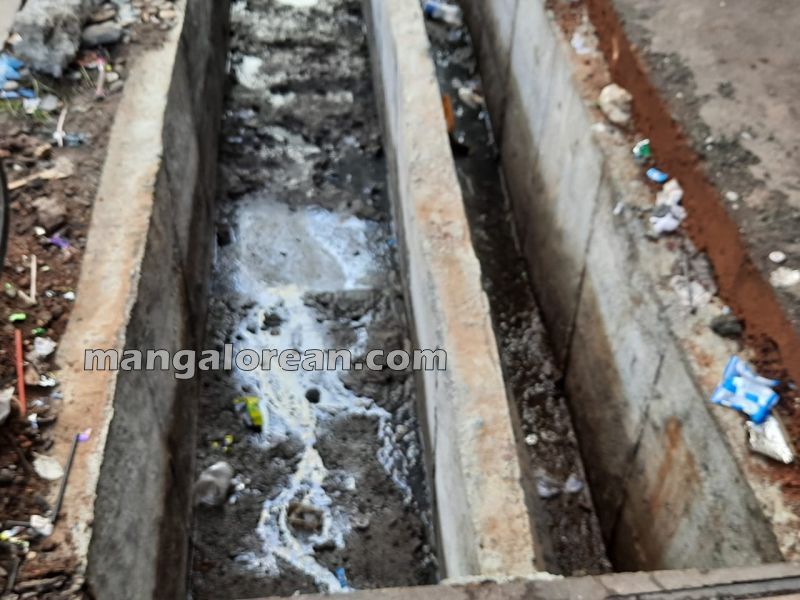 These are some of the comments that the Citizens of Mangaluru posted, “Ridiculous design! The MSCL team should be awarded the Bharat Ratna for civil engineering!”; “The entire design for the stretch of Lighthouse Hill Road is flawed. First the pavements from Jyothi to St. Aloysius College; then the unscientific car parking near Mangalore Ladies Club; the space allotted for Bus Stop near St. Aloysius College is in a mess; a small garden near the Bus Stop is completely removed. Drinking water pipes and sewage water are mixed into the Rainwater Stormwater Drainage line near the KK Shetty statue (opp. Central Library); and the parking bay near the Left Turn lane. Total nonsense!”.

And recently a weird deviation was constructed near the Mahila Sabha, opposite to Bank of Baroda on LHH Road, and after Team Mangalorean and a few others highlighted the issue on social media, the deviation was removed. And these kinds of blunders will never end until the road is completely done. And here we have yet another problem-The recently laid storm water drain on Lighthouse Hill Road (opp. Central Library), which had the sewage line leaking into and filled up, and on which some members from the Lighthouse Condominium (Dr Srinivas Kakkilaya & others) had filed a suit in the Mangalore Court and obtained an injunction. 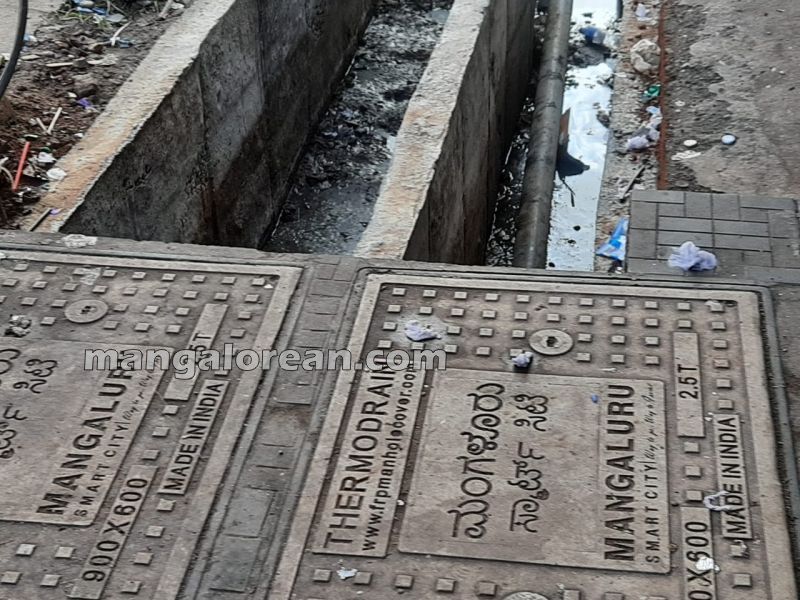 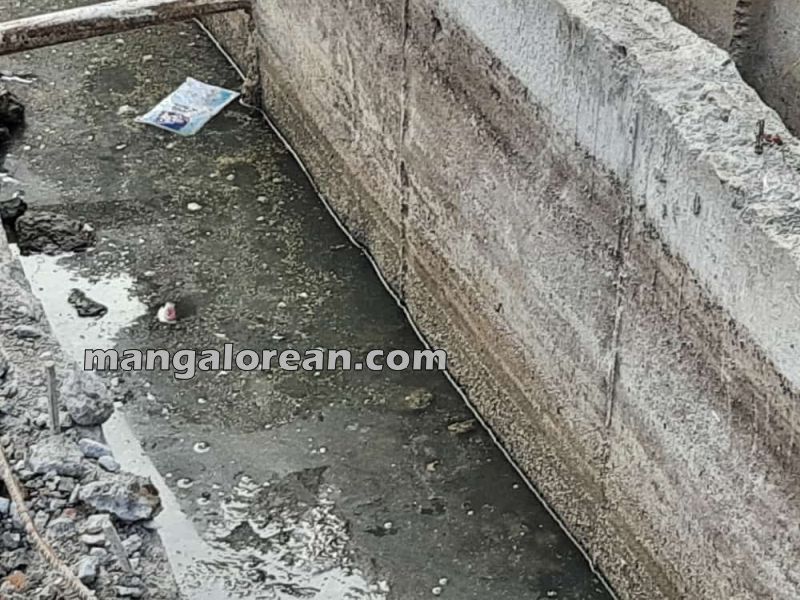 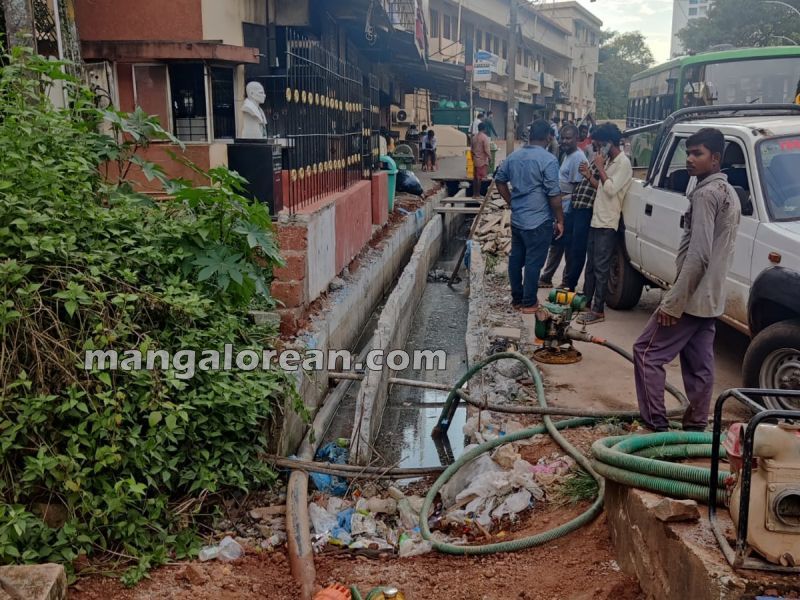 This was opened a couple of days ago and these are the images incorporated in this report. The sewage leak continues, even after a motor was used to pump the sewage water. It was pointed out when the sewage line lower down was relaid but had failed to clear this mess, but no one bothered. It was also pointed out that the water pipe has been laid into the duct contaminated with this sewage water, that too was ignored. Now the images show it in the open, for everyone to see. 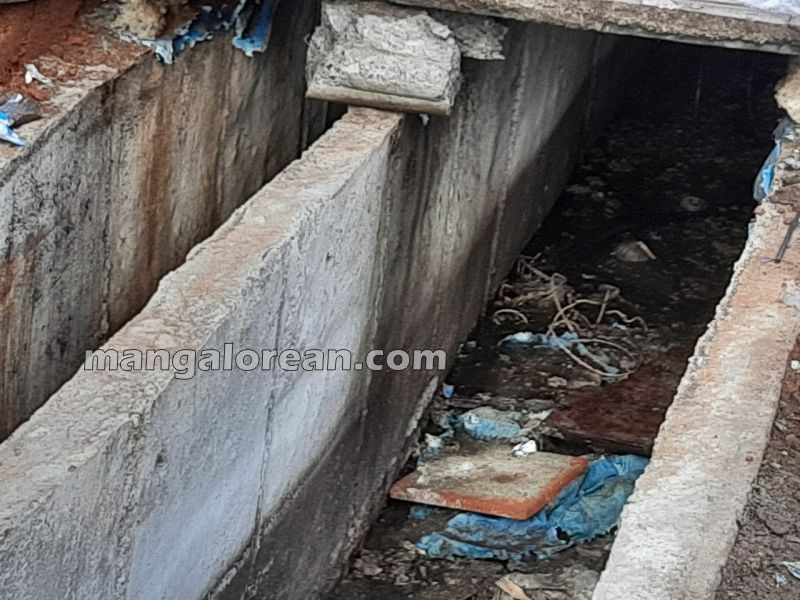 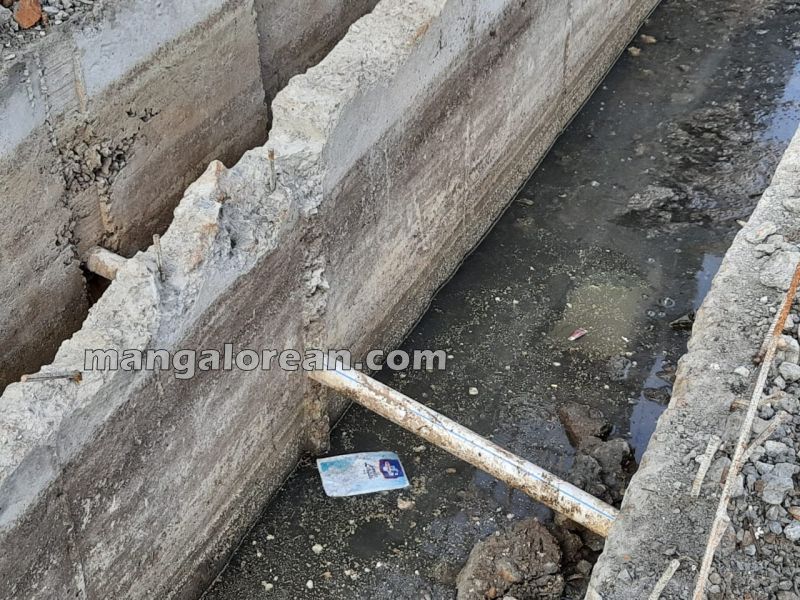 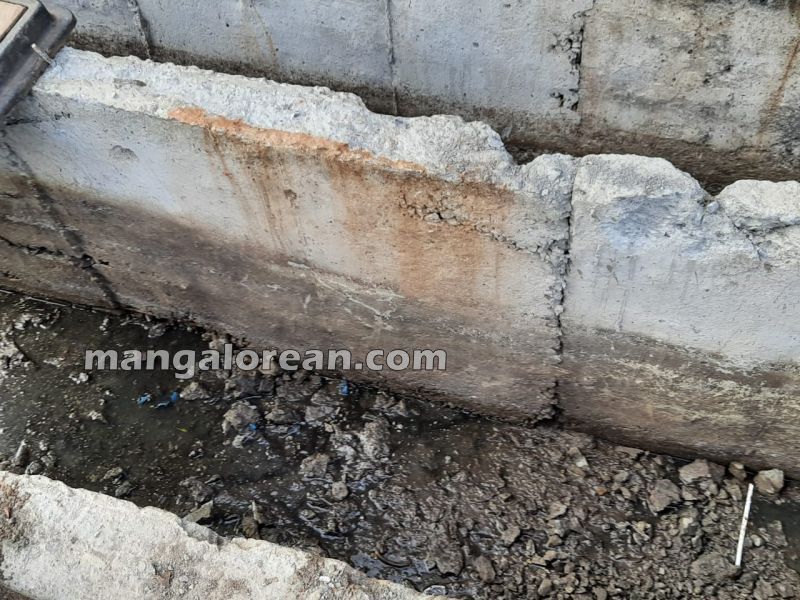 The members have urged the concerned authorities to IMMEDIATELY extend the sewage line upwards, as suggested and clear the block completely. They say, “Stop this leak. Only after that’s done and shown to us, proceed with laying the slabs over this stormwater drain”. This message was also sent to the DK Deputy Commissioner, MCC Commissioner, and MD of MSCL by Dr Srinivas Kakkilaya and other members of Lighthouse Hill Road. 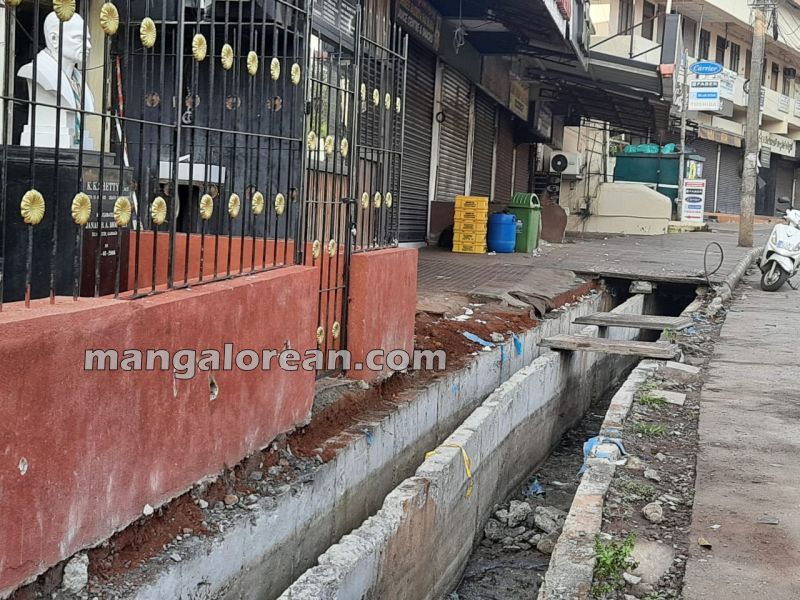 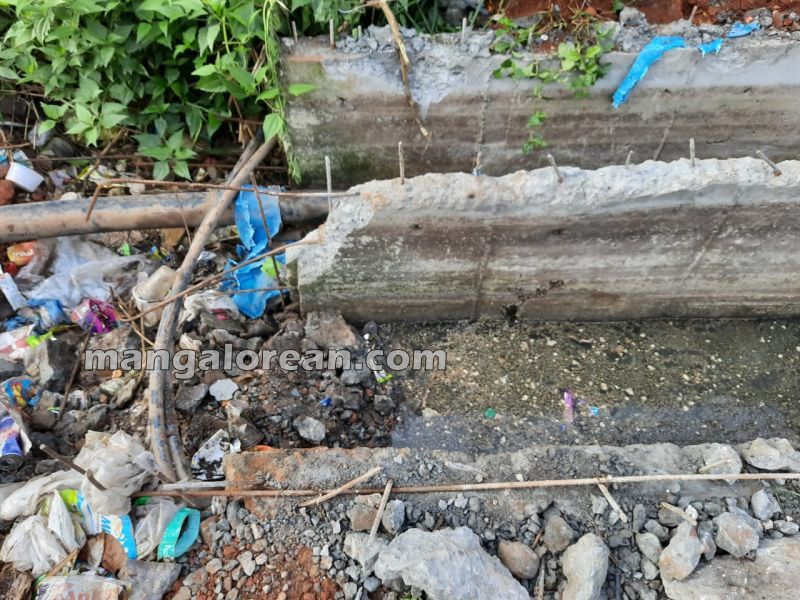 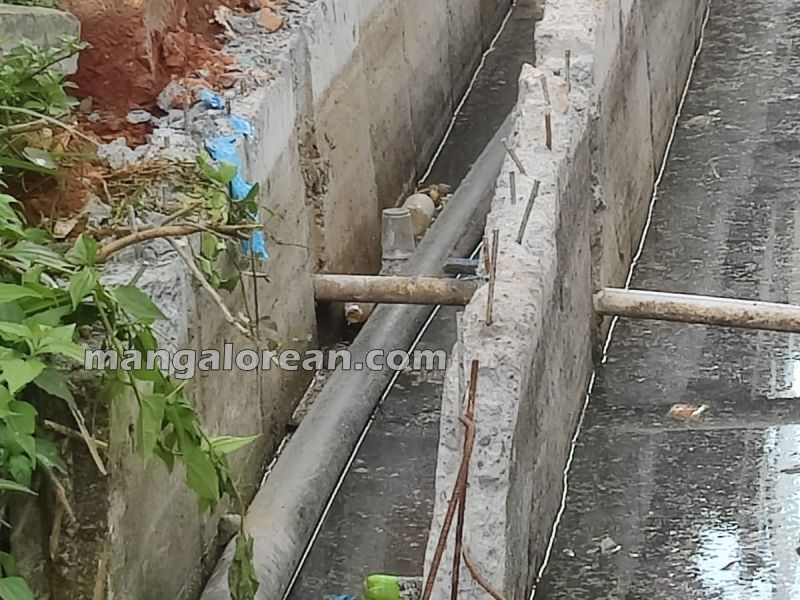 Looking at the stranded filthy water in the stormwater drain could result in the breeding of mosquitoes, thereby spreading diseases like Malaria and Dengue. Hundreds of students from nearby colleges and hostels who patronize a few fast food restaurants near this filthy drainage/sewage line could be affected and fall sick, either with malaria or dengue. MCC and MSCL authorities should act quickly and fix this hazardous problem before someone gets sick or falls into the open drainage/sewage line.