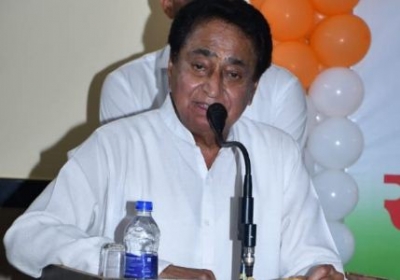 As the political parties in Madhya Pradesh get into election mode for the 2023 Assembly elections, both the BJP and Congress claim that they are being approached by the MLAs of other parties to secure tickets for the polls.

Bhopal: As the political parties in Madhya Pradesh get into election mode for the 2023 Assembly elections, both the BJP and Congress claim that they are being approached by the MLAs of other parties to secure tickets for the polls.

According to sources, top leadership from both sides have started a series of meetings with different sections of party’s units and the social organisations.

Several sitting BJP MLAs, who were denied ticket in 2018 and have slim chances of getting it in 2023 also, may approach the Congress, they said.

So far, the BJP has been claiming that Congress MLAs are in tough with them, but now the opposition too is making similar claims.

Madhya Pradesh Congress president Kamal Nath on Monday said, “Several BJP leaders are in touch with him.” Though such claims were made by several party leaders in the past also, it is probably the first time it has come from a senior leader like him.

However, he also mentioned that his party workers will be given priority.

The Congress, the sources say, is preparing a list of candidates on the basis of surveys conducted in individual Assembly seats and backing its leaders.

On the other side, BJP has also claimed the same. Bhupendra Singh, senior BJP leader and Urban Development minister in Shivraj Singh Chouhan cabinet, on Monday said that several Congress MLAs are in line to join the party, however, the leadership is not in a hurry as of now.

“The Congress seems to be in a panic mode that is why Kamal Nath is making statements which have no relevance with the truth. Several Congress MLAs have switched sides as they were unhappy with group politics with the party. It is nothing unusual but the people know how many Congress MLAs have joined the saffron party,” he added.