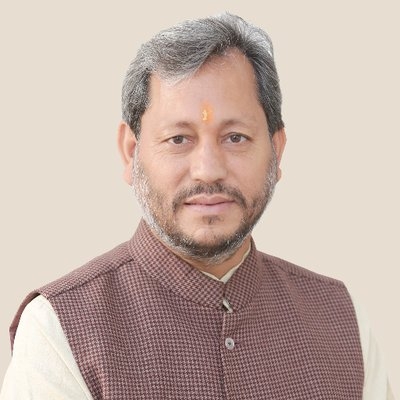 Cong hits out at BJP over political instability in Uttarakhand

New Delhi: A day after Uttarakhand chief minister Tirath Singh Rawat resigned, the Congress on Saturday hit out at the BJP over the political instability in the state, accusing it of power hungry.

“In 2017, BJP formed a government in Uttarakhand. But instead of working for the development of the state they went power hungry and in the last four and half years, two chief ministers have been changed,” Surjewala said at a press conference.

After Tirath Singh’s resignation, the BJP is all set to select another new chief minister later in the day.

Surjewala said that the game of swapping chief ministers has been going on in Uttarakhand.

Attacking Prime Minister Narendra Modi and BJP national President J.P. Nadda, Surjewala said, “They are responsible for the political instability in Uttarakhand, as in the last four-and-a-half years two chief ministers have been changed.”

He said that the BJP had changed four chief ministers in Uttarakhand earlier also.

Citing other examples of changing chief ministers by BJP, he said they changed CMs in Delhi, Madhya Pradesh and Karnataka earlier.

Surjewala further said that the BJP has lost moral ground to rule the state.

Rawat submitted his resignation to the Governor at around 11.15 p.m. He was accompanied by Uttarakhand BJP chief Madan Kaushik.

In a fiasco which reached its crescendo in barely four months, Uttarakhand will get its third Chief Minister in one year.