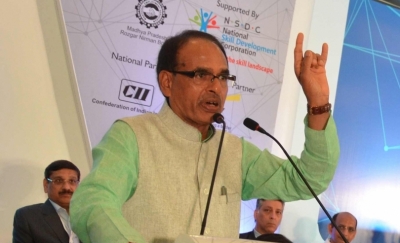 ‘Cong in Assam will protect illegal migrants if it wins’

Guwahati: If the Congress comes into power in Assam, they would safeguard the illegal immigrants, Madhya Pradesh Chief Minister Shivraj Singh Chouhan said here on Thursday, two days before the first of the three-phase assembly polls is scheduled to be held in the BJP-ruled state.

Terming the Congress’ ‘5 guarantees’ as ‘total lie’, Chouhan also showed some video footage from Madhya Pradesh and Chhattisgarh where the guarantees have been proven as false promises.

He told the media the Congress cannot execute these guarantees but they can fulfil some other guarantees — 100 per cent corruption, destroy the peaceful environment of Assam and devastate the culture, tradition and heritage of Assam.

“Sonia Gandhi and Rahul Gandhi must answer why they formed an alliance with Ajmal as late former Chief Minister Tarun Gogoi was a significant opponent of such a coalition,” the veteran BJP leader said.