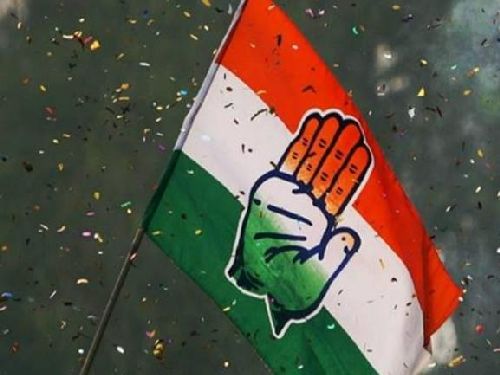 New Delhi: After the police used force to stop the farmers from breaking the barricades in Haryana’s Rewari on Sunday evening, the Congress has used the opportunity to slam the BJP for using excessive force.

The administration in Rewari said that the protestors at Sangwari Chowk broke barricades and tried to move towards Gurugram and Delhi, following which they had to use tear-gas shells and water cannons to stop and disperse them.

Congress General Secretary Priyanka Gandhi said,”While one one hand the government is calling farmers for dialogue on the other hand in the chilling winter they are using tear gas shells and because of government’s stiff stand about 60 farmers have lost their lives. How does the farmer believe the cruel government” she asked.

Another Congress leader Jaiveer Shergill attacked the BJP,”Farmers serve langar to BJP mantris and BJP continues to shower lathis/tear Gas on farmers which shows that Kisan-Govt fight is between believers of Mahatma and Godse, between sons of India and East India Co. Hope BJP realises its sin and withdraws laws today…”

“How true it is today. No government can face the wrath of farmers who believe they are being deceived.” he added

On Monday, the farmers have hardened their stand on the demand for repealing the three farm laws.

The agitating farmers have already announced to take out a tractor parade towards Delhi on January 26, which is Republic Day, besides a series of programmes in a bid to intensify their protest.

Ahead of joining the talks, Harinder Singh Lokhowal, a prominent farmer leader from Punjab and Bharatiya Kisan Union (BKU) general secretary told IANS, “I will ask the government to take back the new laws and save farmers who they call ‘Annadata’, as over 50 farmers have lost their lives during the protest.”

He said, “How many sacrifices the government wants to take?”

He also criticised the action taken by state governments of Haryana and Punjab to stop the farmers from approaching Delhi as the Haryana Police fired tear gas at them in Rewari district.

He said the farmer leaders from the Singhu border would leave for the Vigyan Bhawan by 12 p.m. as the meeting was scheduled Monday at 2 p.m.