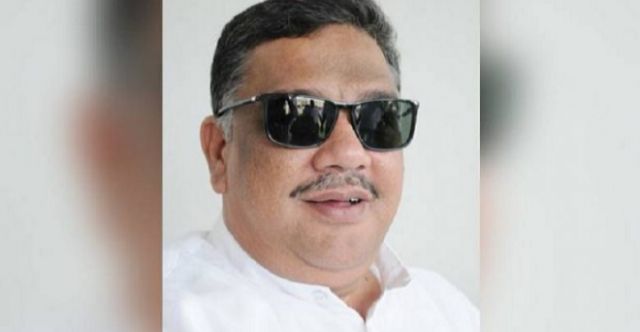 Mysuru: Former minister and Congress MLA Tanveer Sait has lodged a police complaint alleging that he has received a life threat for announcing to install the tallest statue of Tipu Sultan here, police said on Friday.

The complaint has been filed with Udayagiri police against Raghu, a Hindu activist from Sakleshpur in Hassan district.

Sait has announced that he will get the tallest statue measuring 108 feet of Tipu Sultan installed in historical towns Mysuru or Srirangapatna.

Reacting to this, Raghu in a video urged him to apologise for issuing the statement regarding the installation of the statue. “If the statement is not withdrawn, the place is ready for your burial,” he stated in Kannada.

The video had gone viral on social media. Along with MLA Tanveer Sait, K.C. Shaukat Pasha, Secretary of Bidi Mazdoor Association, had also lodged a police complaint regarding the threat.

A prominent minority leader from south Karnataka, Sait carries the political legacy of his father Azeez Sait and represents Narasimharaja Assembly constituency in Mysuru city. He was allegedly stabbed by an SDPI worker in 2019.

Tanveer Sait slammed the ruling BJP and Hindu outfits for attempting to malign and distort the 18th century ruler Tipu Sultan for political gains and announced the building of a statue of Tipu.

“Though construction of statues is not allowed according to Islam, the need for such a symbol is required in present situation where BJP and Sangh Parivar are carrying out continuous propaganda to defame the ruler who fought British and martyred for the country,” Tanveer Sait stated.

Hindu outfits have issued direct warning of demolition of the statue of Tipu Sultan for which Tanveer Sait responded that he believed in the constitution of India and has the right as any others do.

Ruling BJP and Hindu outfits maintain that Tipu Sultan was a religious fanatic and indulged in mass conversion of Hindus through cruel means. Ruling BJP had stopped and banned Tipu Jayanthi started by the Congress government headed by Siddaramaiah.