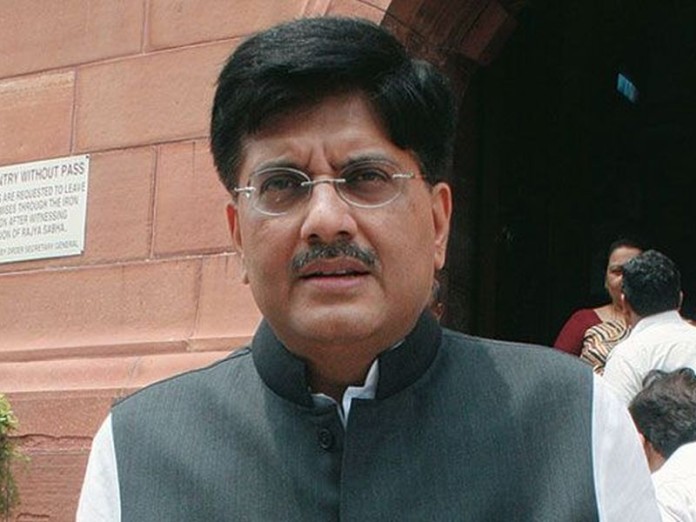 The Bharatiya Janata Party (BJP), however, quickly came to the defence of its Minister, saying it was an attempt by the Congress party to attack Goyal based on “baseless, malicious and incorrect” accusations.

The Congress party has sought Goyal’s removal and a “comprehensive, independent investigation” into the matter.

Citing a detailed story by a news website, the Congress alleged the BJP leader had sold, in September 2014, the entire stock of the privately-held company he and his wife owned, at nearly 1,000 times the face value to a group firm owned by Ajay Piramal, without informing the Prime Minister’s Office (PMO) then or later. The transaction took place four months after Goyal became a Minister.

In a statement, Piramal Group also denied the charges, saying: “Piramal Group strongly refutes the false allegations made by The Wire in their factually inaccurate and libelous story dated April 28, 2018.”

“The malicious news article published on The Wire is libelous and is an attack on the reputation of the Piramal Group. The Group is contemplating taking immediate and appropriate measures, including defamatory action, against the online media entity and the concerned individual(s),” it added.

A BJP statement said that over the last one month, “the Congress party has made Piyush Goyal a target by hurling malicious allegations against Goyal’s bona fide business dealings to insinuate wrongdoings and irregularity.”

Congress President Rahul Gandhi in a tweet said: “It’s no secret that CA Piyush Goyal, the BJP Treasurer, has pried open the doors of every major corporate house for PM Modi. How then will the PM act against this Minister, caught red handed, misusing his power for Rs 48 crore of personal gain?”

Congress Spokesperson Pawan Khera earlier told reporters that the deal “directly exposed” one of the seniormost Cabinet ministers of the Modi government.

The article in the news website, The Wire, alleged Goyal’s ownership of the company — Flashnet Info Solutions (India) Pvt. Ltd. — nor its subsequent sale were disclosed in the mandatory statement of assets and liabilities he made to the PMO in 2014 and 2015.

The BJP said: “The sale of Flashnet shares took place in July 2014 before the declaration of assets and liabilities was submitted on July 25, 2014 and not on September 29, 2014, as falsely alleged by the Congress. This sale was made at full market value as per third party, independent, expert valuation and the entire sale value was received in the bank before submitting the declaration and was fully reflected in the value of assets submitted.”

Piramal Group said: “Piramal Estates Pvt. Ltd. (PEPL) purchased Flashnet Info Solutions Pvt. Ltd., a firm owned by Piyush Goyal and Seema Goyal, in July 2014. The purchase consideration paid was the fair value of the underlying investments (movable and immovable assets) and the same was paid in July 2014 itself. This was based on an independent chartered accountant valuation.”

Khera alleged that Goyal and his wife, who owned 50,070 shares of Flashnet Info priced at Rs 10, sold the entire stock at a premium of 1,000 per cent to the group company of Piramal Estates. He held the Power & Renewable Energy portfolio in the Union Cabinet for four months at the time.

He said that the board resolution of Piramal Enterprises on June 12, 2014, authorised the purchase of the entire stock of 50,070 shares in Flashnet Info held by Goyal and his wife “for a consideration not exceeding Rs 10,000 per share”.

Piramal group entered the renewable energy business in 2013 and in July 2014 inked a deal with APG Asset Management for investments worth $1 billion in various infrastructure projects, including in the power sector, according to details given by the website. Khera called this a “clear case of conflict of interest and brazen crony capitalism”.

Khera said: “Although the net worth of Flashnet Info was only Rs 10.9 crore (even six months after the sale, according to statutory filings), filings by Piramal Estates reflect that…Rs 48 crore was provided (for) Goyal family-owned shares.”

The BJP said that the “modus operandi of the attack has been to gain cheap political mileage by indulging in a baseless campaign against Goyal with no sound facts to back them but with the only intention of creating false controversies”.

“The falsehoods spread by Congress reflect their desperation since they have nothing to attack the Modi government,” the party said.

Goyal served as director of Flashnet from November 25, 2004, to May 26, 2014 — the day he was sworn in as the Minister for Power & Renewable Energy. Seema Goyal was a director from April 2009 till May 26, 2014. The couple, however, continued to own almost 99 per cent of the company even after resigning as directors, the website alleged.

Khera said that the transactions raised several question which needed to be answered by Goyal, including why the Piramal group bought Flashnet Info from him for a whopping Rs 48 crore; why did he not mention his controlling stake in Flashnet when he was MP, BJP’s National Treasurer and then Union Cabinet Minister; why as Union Minister he did not declare his ownership and his wife’s ownership in Flashnet while declaring his assets on the PMO website; and why had the PM not questioned him.

The BJP said Goyal, who is an eminent chartered accountant, was carrying out his professional work through his companies, which were also holding his investments. “Prior to his becoming Minister in May 2014, he stopped all professional/ business activities, resigned from all directorships and started the process of selling all his investments.”

It said Goyal was being targeted, because the Congress “wishes to divert attention from the series of scandals of its leaders for which they have no answers”.