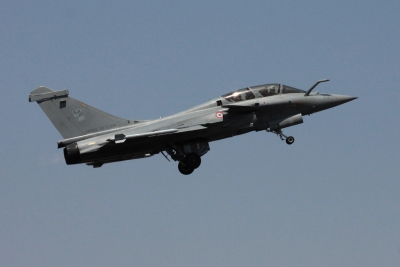 New Delhi: A day after France ordered a judicial probe into the allegations of graft in 36 Rafale fighter jets deal with India, the Congress on Saturday upped its ante against the Narendra Modi government and demanded Joint Parliamentary Committee (JPC) probe.

He said that if the role of former French President Francois Hollande and current President Emmanuel Macron is being investigated, then why not Indian former Defence Minister and an Indian company can also be investigated.

He said that the media outlet in France has revealed the deal between Dassault and an Indian company which constituted a joint venture.

He said, “This substantiates the statement made by then President Francois Hollande, who said that the decision to appoint an Indian company as Dassault’s industrial partner was of the Indian government, meaning the Modi government. And the French had no choice into the matter.”

He also said that Prime Minister Narendra Modi signed a deal worth 7.8 billion euro to buy 36 Rafale jets in place of 126 fighter jets.

Surjewala pointed out that the French government deleted the anti-corruption clause.

The Congress leader’s demand came a day after Mediapart.fr, a media outlet in European country said that a French judge has been appointed to lead a judicial investigation into alleged corruption and favouritism in the 7.8 billion euro sale to India of 36 fighter aircrafts.