Home Agency News Congress’ ‘formula’ for Punjab not acceptable to all 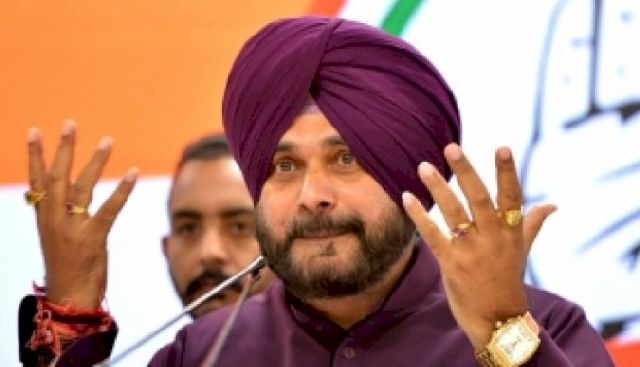 Congress’ ‘formula’ for Punjab not acceptable to all

New Delhi: After disgruntled Punjab Congress leader Navjot Singh Sidhu met Priyanka Gandhi Vadra and Rahul Gandhi separately on Wednesday, there is a speculation that Priyanka Gandhi has suggested that Sidhu be made Punjab Congress chief, but Punjab Chief Minister Amarinder Singh and some of the other factions in the party are not accepting this formula.

Apart from the state leaders, even Rahul Gandhi has reportedly not given his consent to the formula though he met Sidhu on the insistence of Priyanka Gandhi.

Sources said that Punjab leaders may accept him as the working president, but not as a full-fledged state unit chief as the Chief Minister is keen on having a non-Sikh face as the state Congress president.

The Punjab in-charge for Congress, Harish Rawat, has said that it’s a good sign that Rahul Gandhi has met the former-cricketer-turned politician, adding that the issue is likely to be resolved around next week.

Meanwhile, Amarinder Singh had called the MLAs supporting him for lunch in Chandigarh on Thursday and is believed to have discussed the future strategy.

The move has reportedly upset the party high command, which sees it as a show of strength, especially when the panel formed by the Congress to look into the Punjab issue has said that there is no question of removing the Chief Minister.

Meanwhile, Sidhu has remained tight-lipped about what transpired during his meetings with Rahul Gandhi and Priyanka Gandhi on Wednesday, neither did the Congress make any official statement.

Sources, however, said that a solution is being worked out to defuse the tension between the two factions of the party in Punjab.

The cricketer-turned-politician’s meeting with Rahul Gandhi came a day after the latter said that no meeting was scheduled between him and Sidhu.