Home Mangalorean News Local News Congress is under the illusion there will be change of guard in... 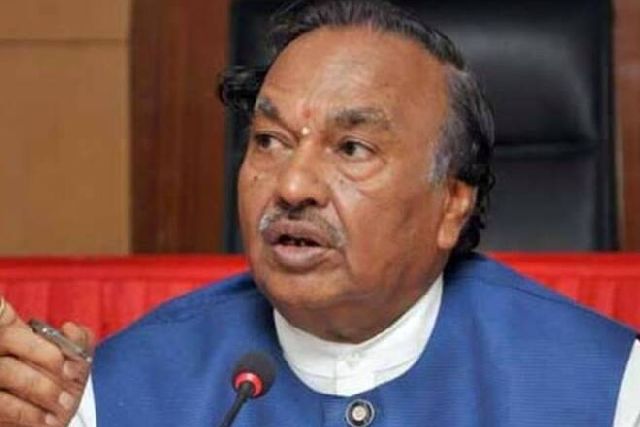 Congress is under the illusion there will be change of guard in Karnataka: Eshwarappa

Mysuru (UNI): Ruling out the possibility of a change of Chief Minister of Karnataka, senior BJP leader and Minister for Rural Development and Panchayat Raj K S Eshwarappa on Monday said that opposition leader Siddaramaiah and JDS leader H D Kumaraswamy were being illusionary as no such change was on the agenda of the ruling party.

Speaking to reporters, here, Eshwarappa said, “Siddaramaiah has been claiming that he will be the next Chief Minister and Kumaraswamy has said that JDS will come to power in 2023. But, both the leaders are daydreaming and are living under an illusion.”

“Siddaramaiah will never be Chief Minister again and JDS will never come to power again,” he added.

“Yediyurappa will continue as Chief Minister. Rumours about a change in guard were spread by Siddaramaiah. No BJP MLAs nor the party high command have discussed or raised the issue. He (Siddaramaiah) is dreaming of the CMs post and thus keeps harping on it,” he added.