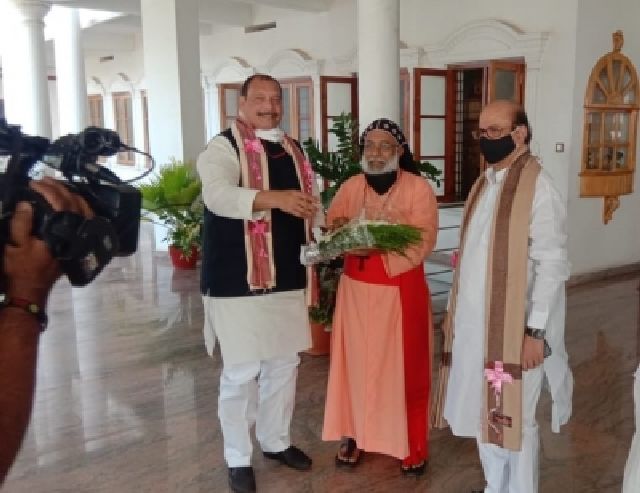 The AICC leadership, which is in Kerala to get a ground level report on the drubbing the Congress and the United Democratic Front (UDF) received in the recent local body elections, is trying to meet all sections of people, including religious heads and social groups.

However, the immediate visit by the AICC leaders, including Tariq Anwar, holds significance as the mouthpiece of the Ernakulam Archdiocese “Satyadeepam” recently launched a scathing attack on the Congress party.

It said the Congress and the UDF received a drubbing in Central Travancore – the party’s stronghold, not due to the exit of Kerala Congress(Mani) from the UDF fold and joining the Left Democratic Front (LDF), but owing to the wrong policies it had taken vis-a-vis the Christian community.

The mouthpiece said the Congress and the UDF faced a backlash from the Christian community owing to several factors, including the political stand taken by the Indian Union Muslim League, a major UDF constituent, in the Hagia Sophia Museum case.

The Muslim League state Youth President Sadiqali Shihab Thangal wrote in the party’s mouthpiece ‘Chandrika’ acknowledging the position taken by Turkish President Recep Tayyip Erdogan that Hagia Sophia is not a museum but a mosque.

This statement created major resentment among the Christian community and the Congress leaders are now trying to settle the issue with the Church.

Muslim League All India General secretary P.K. Kunhalikutty had met the Thamarassery Bishop, Remigiose Inchananiyil, on Christmas and celebrated the festival with the Bishop and other priests. This was also a move by the Muslim League to create a bridge with the Christian community.

The Congress and the Muslim League are clear that before the next Kerala Assembly elections, they must mend all issues with the Church for victory in the elections.

Senior Congress leader and former Deputy Chairman of the Rajya Sabha, P.J. Kurien, while speaking to IANS said, “Congress is a political party staying true to its secular credentials and our leaders met all senior social and religious leaders. Even if there are any differences of opinion with the Church or for that matter any group, Congress will iron it out.”