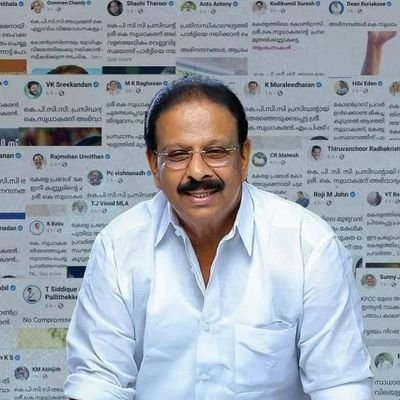 Congress ultimatum to Kerala MLA on the run after rape charge

Thiruvananthapuram: Congress’ Kerala unit chief K. Sudhakaran on Friday served an ultimatum to party’s Perumbavoor MLA Eldhose Kunnapilly, who has been absconding for the past few days since a sexual assault case and subsequently rape charges have also been lodged against him, to give an explanation or face action.

Two-time MLA Kunnappilly faced trouble after a woman teacher here levelled serious allegations of assault, and sexual harassment against him, and after her detailed statement was taken by the Crime Branch, rape charges also have been included.

“What has surfaced now is a very serious allegation and such a thing should never be heard about someone who is in public life. Hence we have asked an explanation from him and if it doesn’t come up with it before the 20th, then he will have to face disciplinary action,” said Sudhakaran.

Kunnappilly’s anticipatory bail plea will be heard by a court here on Saturday.

For the past few days, he has gone incommunicado as his mobile phones were switched off. Even the phones of his personal assistant and his friend were not on.

While on Thursday, in a social media post, the MLA said he has done no wrong or anything against the law, on Friday, it was reported that he had sent a text message to the complainant’s friend, saying that God will punish her for cheating him, as he has done no wrong at all and he will come out of this unscathed.

The teacher approached the Thiruvanthapuram Police Commissioner last week and complained that she was assaulted by the Congress MLA at the famous tourist destination at Kovalam near here.

She alleged that she was also assaulted while travelling in a car with Kunnappilly. The woman on Wednesday appeared before the media and said for the past few months, they were allegedly in a close relationship, but after there was a change in his behaviour, she was trying to withdraw, which he was not allowing.

On Thursday, the woman presented herself before the Crime Branch, who recorded her statement.

The ruling CPI-M, in a statement issued here on Friday, said the charges against the Congress legislator are of a grave nature and appropriate steps should be taken so the victim gets justice and the Congress should seriously think if such people should be allowed to continue.

Meanwhile sources indicate that the Vigilance Department is also likely to register a case against the beleaguered legislator after the victim claimed that she was offered Rs 30 lakh by him to settle the present matter.

Now, all eyes are on Kunnappilly’s anticipatory bail plea.