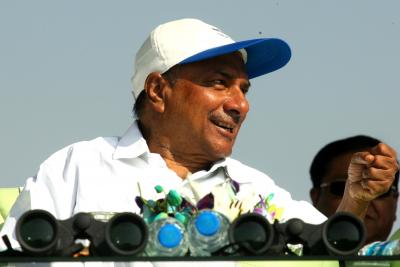 Antony, who was Defence Minister in most of the two UPA regimes, is considered close to party chief Sonia Gandhi and is one of her most trusted trouble-shooters.

Known for his principles, Antony had taken strong action to maintain them. When a minor allegation was raised against him during his tenure as Union Civil Supplies minister in the P.V. Narasimha Rao government, he had resigned from the post, creating a major political storm. He had also put in his papers as Kerala Chief Minister after the Congress-led United Democratic Front faced a drubbing in the 2004 Lok Sabha elections, winning only one seat.

Antony’s contemporary and former Chief Minister Oommen Chandy told IANS that Antony has always been a strict disciplinarian in life and in politics.

“Antony has always been a party man, a strict disciplinarian and worked for the most downtrodden. I was an office bearer of the Kerala Students Union (KSU) when he was the President of the organisation and our relationship commenced since those days.”

State Congress chief Mullappally Ramachandran, who is considered a close associate of Antony. also remembered the warm relationship he had enjoyed with Antony since student days.

“Antony has always been a political leader to be emulated. He has strong positions, has an ear close to the ground and always work for the poor and the deprived. He is honest, clean and highly secular. He never waters down on his ideology and his political positions,” Ramachandran told IANS.

Antony, speaking to IANS over telephone from New Delhi, said: “Thank you for the birthday wishes. I have crossed one more milestone.”

Antony, who had tested Covid positive, also said that he has fully recovered from the disease.