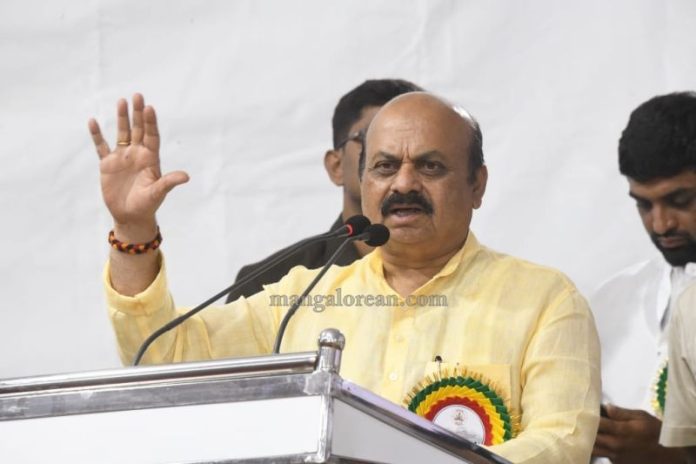 Bengaluru: Facing flak over Diwali cash gifts reportedly sent out from his office to some journalists, Karnataka Chief Minister Basavaraj Bommai hit back at the opposition Congress on Sunday.

Attributing the controversy to Congress’ ‘Toolkit’, Bommai said the the grand old party is an expert in creating lies.

Denying that he had issued any instructions to distribute gifts to journalists, Bommai said that the Congress has no moral right to comment on the issue.

“We all know what gifts the Congress leaders had given to some press reporters and the same had been reported in newspapers. They gave iPhones, laptops and gold coins, so they have no moral right to talk about it.”

The controversy erupted over the distribution of Diwali gifts allegedly by the Chief Minister’s Office in Karnataka.

Bommai’s close associates had allegedly distributed a box containing sweets and cash to the tune of Rs 1 lakh to Rs 2.50 lakh to selected journalists in the state.

Anti-corruption activist group Janadhikara Sangharsha Parishat has filed a complaint with the Lokayukta against the CMO for allegedly trying to bribe journalists.

Meanwhile, the opposition Congress has targeted the ruling BJP over the issue and demanded a probe into the matter.

Bommai also assured a thorough probe into the issue.

“Someone has filed a complaint with the Lokayukta and the matter will be probed. It is not correct to say all journalists have accepted the gifts. The Congress spokesperson has spoken very badly on this issue on Saturday and I condemn it,” Bommai said.