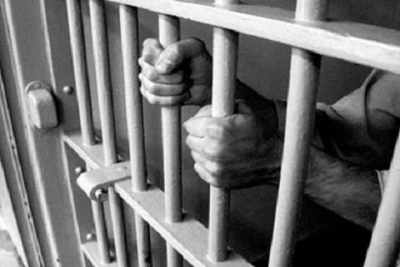 A murder convict finally landed in the police net after evading arrest for almost 35 years.

Lucknow: A murder convict finally landed in the police net after evading arrest for almost 35 years.

The accused, Prakash Sharma, 59, of Lucknow’s Daulatganj area, made two electronic transactions of Rs 20,000 which helped the police in tracking him down.

Prakash and his co-aide Rajendra, had stabbed to death one Jai Shanker Mishra over a personal issue in March 1985.

Mishra’s wife, Suman had then lodged an FIR.

He was arrested for the crime and was sent to jail and later sentenced to life imprisonment in 1987.

Prakash thereafter got bail and then through his counsel, he appealed before the high court against the sentence. But before the court accepted his plea, he managed to flee.

Later, the court issued an NBW.

Prakash, meanwhile, fled to Delhi where he was living under a different identity.

Police said that a drive was launched under ‘Operation Prahar’ to arrest absconding criminals and convicts who had escaped from custody.

The police first tracked a distant relative of Prakash Sharma, who denied having any information, but continued keeping a watch and traced the transactions in Delhi, done from accounts in the convict’s name.

“When Prakash made two transactions, a team quizzed the relative and Prakash’s new location was detected,” a police officer said.

The accused was arrested by a joint team of Thakurganj police and the surveillance team of West Zone of Lucknow police commissionerate.

“We got a tip off about his presence in Delhi where he was working as a security guard under a fake name. A team conducted a raid and nabbed the accused,” he said.