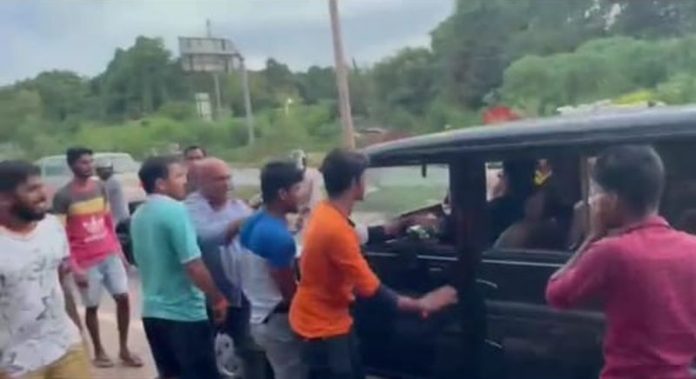 Mangaluru: Saffron terror is increasing day by day here in our Country, State, District and for that matter, even in our Educational Hub-Mangaluru City, when compared to Islamic terrorism. No doubt that this saffron terror is a neologism used to describe acts of violence motivated by Hindutva, and this Hindu extremism is usually perpetrated by members, or alleged members, of certain Hindu nationalist organisations. The term comes from the symbolic use of the saffron colour by many Hindu nationalist organisations. Lately, it has been a fear for people to travel in a mixed group of communities, either in a four-wheeler or two-wheeler, since a bunch of goons who have no other work other than becoming moral police and creating a nuisance and communal disharmony. 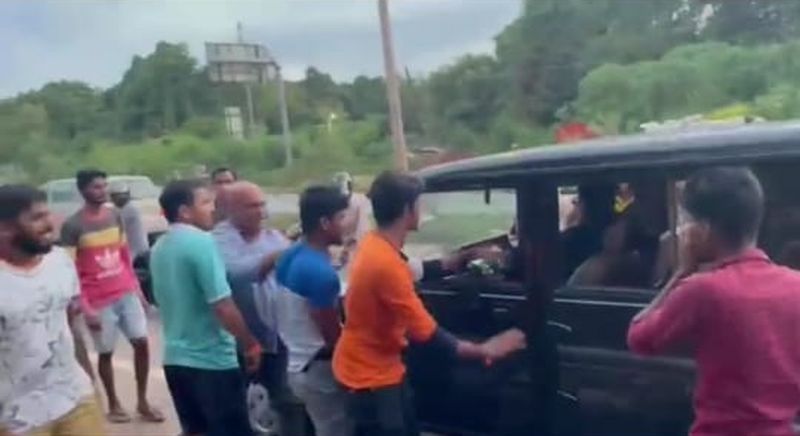 In a recent incident, as per a video clip, you can see a black coloured SUV/Jeep with student occupants in it, mobbed by a bunch of saffron activists, and attacking them and also using foul language, has gone viral on social media. But a few Good Samaritans who happen to pass by or were present in that vicinity are seen controlling the saffron group from their further action. 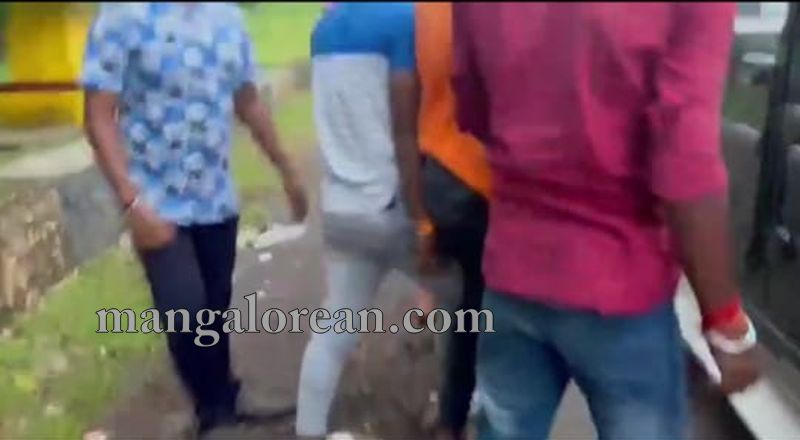 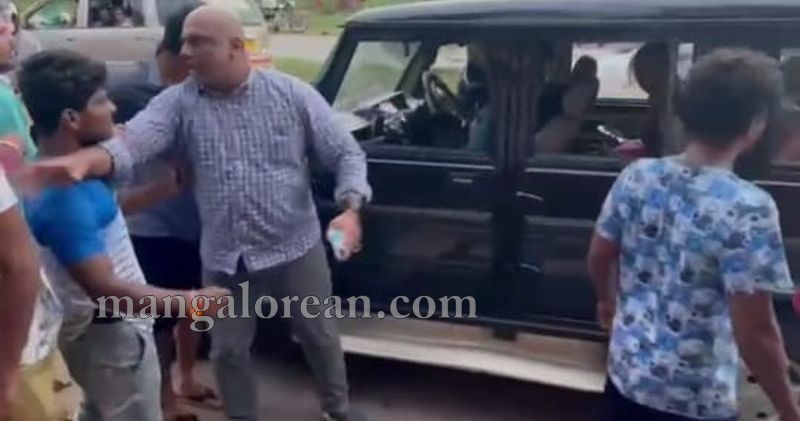 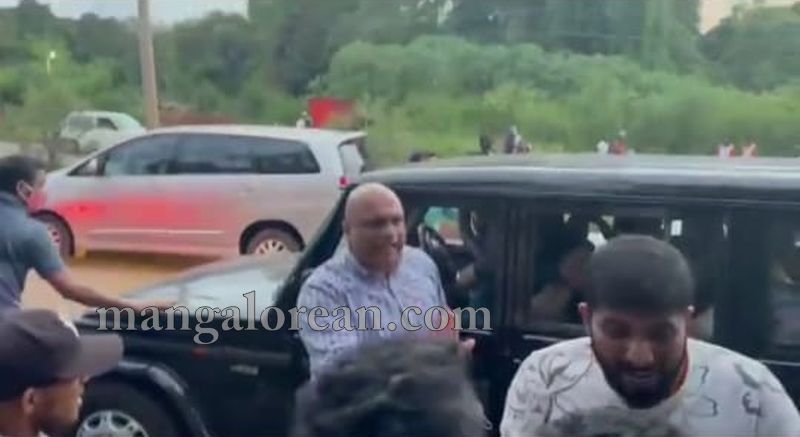 Following the incident, as per police commissioner N Shashi Kumar, the Surathkal police station cops have arrested five persons in connection with this incident. It is learnt that the incident happened near the Surathkal toll gate, a couple of days ago. So it looks like, these saffron activists are loitering near the toll booth, so that they can watch the vehicles passing by, which slow down while approaching the toll booth, and thus indulging in their moral policing when they notice young men and women travelling in a group or a young couple riding on a bike.

“CAN MORAL POLICING BE STOPPED BY THE GOVERNMENT & LAW ENFORCEMENT AUTHORITIES”?

“Can moral policing be stopped forever by the Government and law enforcement Authorities”, is the question people ask, and till now there has been no proper answer from our netas who rule the state. Sources reveal that there have been 1,288 instances of communal violence including moral policing, cattle vigilantism, and hate speech in the state since 2010 (Courtesy: Karnataka Communal Harmony). It is also reported that 322 instances of moral policing by vigilantes have taken place in coastal Karnataka’s Dakshina Kannada and Udupi districts since 2010. 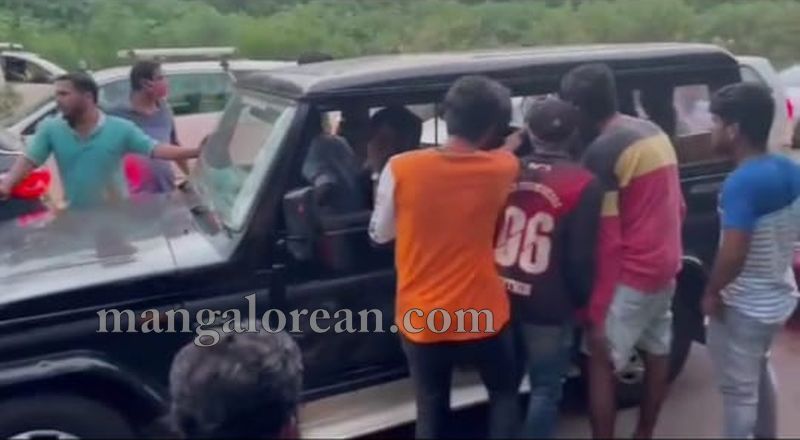 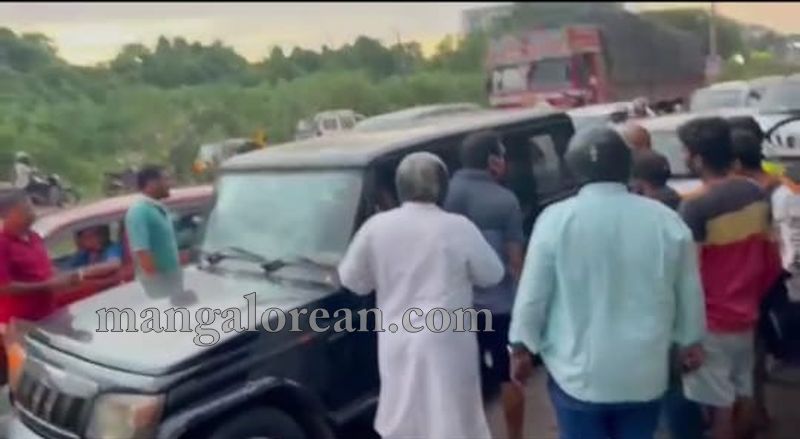 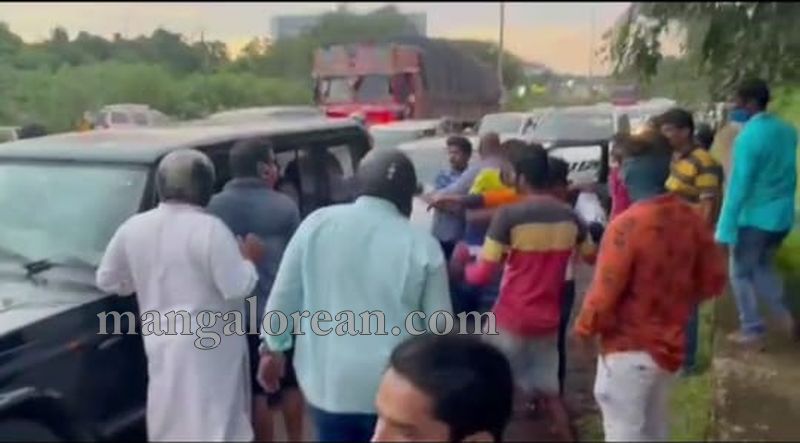 “While the police keep no record of these instances, especially moral policing, we have been tracking these cases religiously. 322 are only the reported cases and there could be many more unknown cases,” said Suresh Bhat Bakrabail of Karnataka Communal Harmony, a Mangaluru-based organisation that focuses on communal violence in the region, who is keeping a record of the instances of moral policing and communal violence in coastal Karnataka. As per Bhat, in all cases, there is a pattern. “Interfaith couples are always attacked by a group of people and never an individual. They are forced to call their parents and their videos are recorded. After these attacks, messages announcing a raid are sent out on social media. All the attacks are well-coordinated.”

According to Mangaluru based activist, Ms Vidya Dinker, who has been fighting moral policing, “love jihad”, a term used by some Hindu groups to describe relationships between Muslim men and Hindu women, came to Mangaluru way before it became familiar across the country. “The Hindu-Muslim divide was often used (by political/religious outfits) to convince people there was an attempt to steal girls to convert them. This thought has been institutionalized over a period of time,” she said. 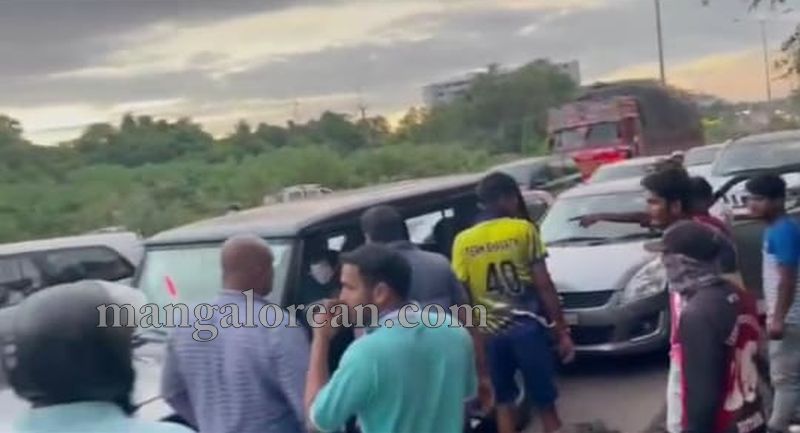 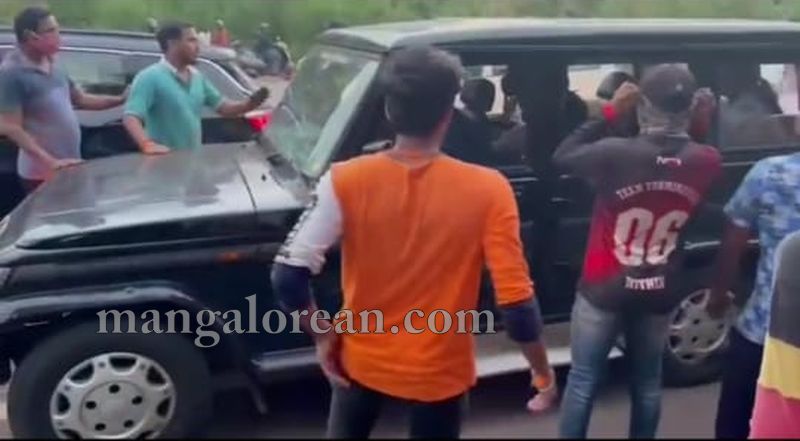 The biggest enabler for moral policing according to Dinker is the informant network. Informants spread across the city, provide tip-offs on interfaith couples across the city, and on their movements. “Hindu right-wing groups also have a strong following among auto-rickshaw drivers and employees of private bus operators in the city. They don’t do it for monetary reasons, but they believe in concepts like love jihad,” said Dinker. Another group of informants are employees of security agencies (private security guards) across the city, some of whom are members of right-wing parties. The network is further strengthened by local merchants and anyone who is a right-wing sympathizer, Dinker added. “Mobile numbers of local right-wing leaders are easily available in the city and right-wing organisations deploy their members at a handful of popular hang-outs in the city,” she said.

Dinker claims there have been instances of the police telling couples from different communities not to be seen in public together. “The sense of flawed morality and communalism remains within the police department itself. This is one of the reasons why many don’t file a police complaint. But the recent case where a 23-year-old Muslim man was beaten up and stabbed by a group of men, the girl stood her ground to get the complaint,” she said. Meanwhile, Police Commissioner N Shashi Kumar said that police take all cases of moral policing seriously. “In all cases, including the one reported recently, we have registered cases and arrested the culprits.”