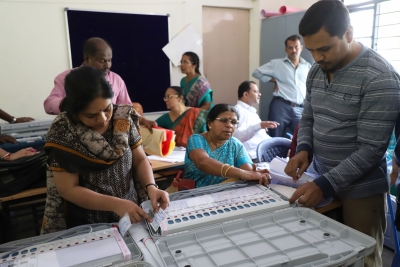 Even though the Gram Panchayat elections were held on a non-party basis, all the three main contenders, the Congress, Bharatiya Janata Party and Janata Dal (Secular) or JDS, are vying to get a majority of their supporters elected.

The outcome of the Gram Panchayat election is expected to reflect the current mood of the rural voters in the state. Since the voting was held on paper ballots, counting is expected to be completed by Wednesday night.

As political experts had predicted earlier, and the current trend claimed by the ruling party, the BJP was doing well in northern Karnataka, while it is a direct fight between the Congress and the JDS in the southern part of the state and the Old Mysuru region. Experts said Independents are likely to hold the key to who will eventually rule there.

In several places across the state, candidates have received an equal number of votes and the winner is being decided by lottery. In Hebbal Gram Panchayat of Vijayapura district, two candidates got 311 votes each. The election authorities declared Shrishaila Hipperagi the winner by lottery.

Despite authorities’ appeals, the supporters of the candidates were gathering in huge numbers near the counting centres and many were seen without masks.