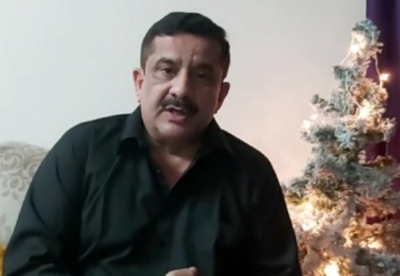 Lucknow: A Lucknow court has directed the police to register and investigate an FIR against former Uttar Pradesh Shia Central Waqf Board chairman, Wasim Rizvi, filed in connection with an alleged rape complaint.

The order was passed on Tuesday by Additional Chief Judicial Magistrate A.K. Srivastava on an application moved by the victim under Section 156(3) of CrPC.

Passing the order, the court has summoned a copy of the FIR from the Saadatganj police station within three days.

In the application, the victim stated that her husband had been a driver with Rizvi for four years.

She alleged that one day, Rizvi sent him out of station and then came to her house at night and raped her. He also took her objectionable photographs and threatened to upload them on social media sites.

She claimed that she did not inform anyone of the incident because she feared a threat to her husband’s life but Rizvi continued to rape her by sending her husband out of station on pretext of some work at frequent intervals.

Rizvi, who has recently published his version of the Quran, has denied the charge and claimed that his former driver was passing on information to his rivals.