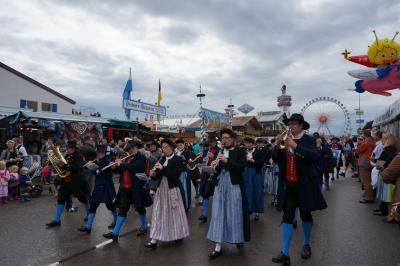 Berlin: Since the start of the Oktoberfest celebrations in September in Germany’s Bavaria, the seven-day incidence of Covid-19 cases per 100,000 people has been on a steady increase in and around the state capital Munich, local authorities said.

The incidence rate in the state has nearly tripled to 818, the Robert Koch Institute (RKI) said on Friday.

At the federal level, the incidence rate has doubled to 577.5 over the same period, Xinhua news agency reported citing the RKI as saying.

Even if a connection with the festival cannot be proven scientifically due to insufficient data, Bavaria’s Health Minister Klaus Holetschek acknowledged last week that he believed the event “has had an impact”.

Following a two-year hiatus due to the Covid-19 pandemic, millions of revelers from all corners of the world converged in Bavaria to attend the world’s largest Volksfest featuring beer, veal sausages and folk music.

The organisers estimated that the event attracted around 5.7 million visitors this year, 600,000 fewer than in 2019.

“Despite all the bad news, people want their freedom and fun back,” Oktoberfest head Clemens Baumgaertner said as he took stock after the festival ended on Monday.

Just like the rest of Europe, Germany is currently facing a Covid-19 autumn wave.

Neighbouring Austria is reporting particularly high infection rates and has become the first country in Europe where the incidence rate tops 1,000.

The regions of Austria bordering Bavaria are the worst affected.

“This would not have been necessary if self-testing had been done before admission,” he said, adding that states should not wait too long before making face masks mandatory indoors again.