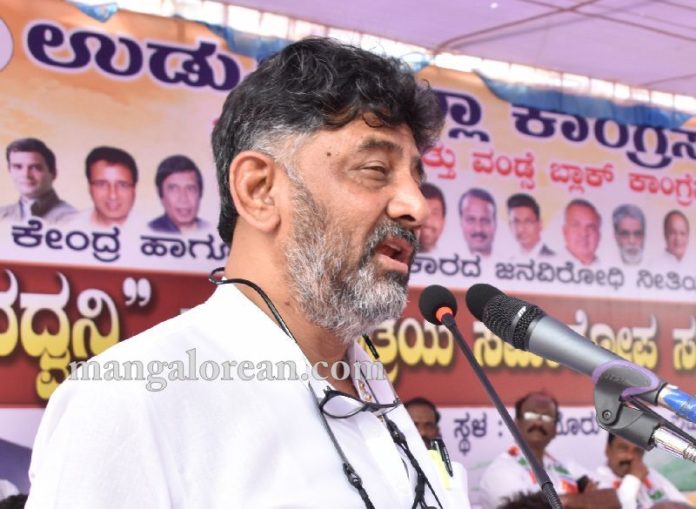 Bengaluru: Karnataka Congress chief D.K. Shivakumar on Thursday said his party workers will soon reach out to people who have lost their kin during both Covid waves since March last year that has wreaked havoc in the state.

Shivakumar told reporters that his party strongly believes that the Karnataka government headed by ruling BJP has been busy in a cover-up of total deaths that occurred during at least the last one year of Covid.

“There is no coherence in the state’s Covid deaths which according to the state stands at 35,000 but the state gets exposed by its own government agency eJanma which has issued death certificates for over 3.27 lakh people in the last one year. This is a case in point, that the state government is hiding real numbers,” he argued.

Citing death figures from the eJanma website of the Office of the Chief Registrar of Births and Deaths, the state Congress chief said that between January 1 and June 13, there were 3.27 lakh deaths in the state and as on June 30, this figure stood at 3.60 lakh.

He demanded the state government to carry out mandatory death audit for truth to prevail. “If the state government fails to do it (death audit), our workers will go to each and every house and draw up a list of people who died last year and this year due to the pandemic,” the KPCC president warned and added that the party’s massive month-long outreach programme was launched on Thursday.

“We have made our own application form for households that have not received Covid death certificates. Our party workers will launch protests in order to exert pressure on officials to issue death certificates, which will be used to claim compensation from the government,” he explained.