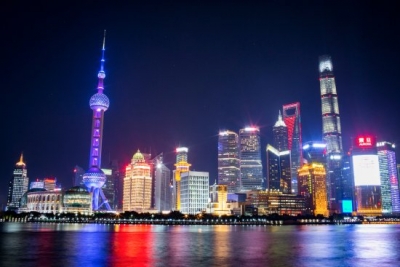 Covid restrictions in Shanghai fuel fears of another lockdown

Taipei: A rollout of Covid restrictions across Shanghai has fuelled fears the city is heading towards another lockdown, as Chinese authorities seek to contain outbreaks while maintaining a sense of stability before a major political meeting on Sunday, the media reported.

Shanghai residents, who endured an arduous two-month lockdown earlier this year, have reported this week several schools moving into online classes and sudden snap lockdowns across the city, The Guardian reported.

At least 46 residential buildings or neighbourhoods had been designated medium risk and one high risk, across 14 of Shanghai’s 16 districts, local media reported. Several districts have also shut down entertainment and sporting venues, and all new arrivals must get tested within 24 hours, authorities said on Sunday, The Guardian reported.

The city government said there was no mass school shutdown or lockdown coming, but the word-of-mouth reports of small localised restrictions, the erection of fences, and snap lockdowns trapping people at home or in other buildings, have heightened unease.

On social media, some residents complained of fire escapes being locked, and pets left without care after owners were taken to quarantine. Others shared information about previously unreported lockdowns of shops and buildings, The Guardian reported.

Shanghai recorded just three locally transmitted cases and 44 asymptomatic cases on Wednesday. All tested positive while already in centralised quarantine facilities, and added to a total of 1,173 cases, 83 per cent of them asymptomatic, since July.

Since Monday, China’s health commission has reported about 1,120 confirmed cases and 4,202 asymptomatic cases. The majority were recorded in Xinjiang, which has been subjected to severe lockdown restrictions in recent months.

At least 36 Chinese cities across 31 provinces were under various degrees of lockdown or control this week, affecting about 197 million people, according to monitors, The Guardian reported.