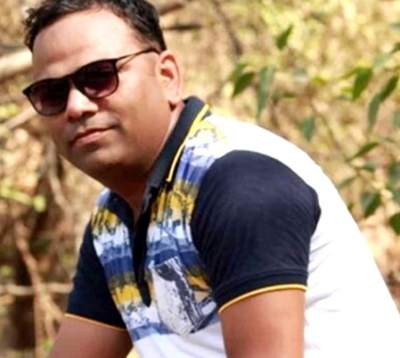 Ahmedabad: An Ahmedabad Municipal Corporation officer, responsible for keeping roads free from stray cattle in Naroda area, has been booked in culpable homicide in a fatal accident.

In a criminal complaint, one Prashant Patel alleged that since the Municipal Corporation officer failed to discharge his duty, his younger brother Bhavin died after his two-wheeler hit a cow sitting in the middle of the road.

He also demanded action against the owner of the cows.

On Monday, while hearing a PIL on stray cattle menace, the chief justice directed the state government the government to fix responsibility and compensation amount for the kin of the youth K.B. Patel, who died in an accident a few days ago.

During the hearing, the Gujarat High Court Advocates Association submitted that due to cattle on road, 42 persons died in road accidents in 2020, in 2021 (61) and 2022 till date 60 persons have lost their lives in the state.

deceased Bhavin Patel who died in a road accident after stray cattle all of sudden collided with his two wheeler in Ahmedabad city on October 01.