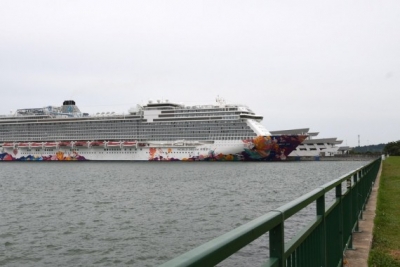 Singapore:  A cruise ship returned to Singapore after a Covid-19 case was found on board, the local newspaper reported.

Annie Chang, Singapore Tourism Board’s director of the cruise, confirmed on Wednesday that a 40-year-old passenger was identified as the close contact of a previously confirmed case, and was immediately isolated as part of onboard health protocols, Xinhua news agency quoted The Straits Times newspaper report as saying.

The passenger underwent polymerase chain reaction tests onboard and the result was positive, and has been taken to a hospital for further confirmatory testing, Chang added.

Three travelling companions of the passenger were identified and isolated.

They have tested negative for Covid-19 and further contact tracing is ongoing.

It departed on Sunday for a four-day “cruise to nowhere”.

The ship returned to Singapore and arrived at the Marina Bay Cruise Centre at around 6.30 a.m. on Wednesday, a few hours ahead of schedule.

The passenger was tested negative during the mandatory pre-departure antigen rapid test on the day of departure, and was reported to have received two doses of the Covid-19 vaccine.