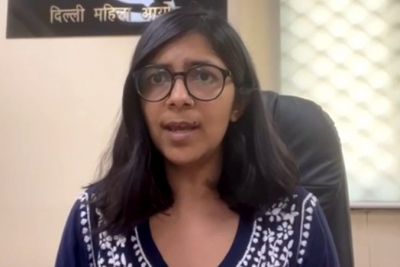 DCW sets up committee to enquire into parole and remission policies

The Delhi Commission for Women (DCW) has set up a committee to enquiry into parole and remission policies existing in the country. The Commission will be studying the relevant policies of different states under which remission and parole is granted to convicts.

New Delhi: The Delhi Commission for Women (DCW) has set up a committee to enquiry into parole and remission policies existing in the country. The Commission will be studying the relevant policies of different states under which remission and parole is granted to convicts.

In the notice sent to the Home Department of Delhi government, the Commission has sought details of convicts who have been granted remission since 2012 and were serving life term for rape, gangrape, POCSO and rape with murder. The Commission has also sought copies of minutes of meetings of Sentence Review Board since 2012 along with copies of opinions submitted by various departments on whether to release a convict or not.

The Commission has set up this enquiry in light of recent cases which have exposed the loopholes in the system which allow the manipulation of these policies by high-profile convicts for their benefit, said DCW in a statement.

It added that Bilkis Bano was gang-raped in 2002 and her three-year-old son and seven other family members were killed. Despite the court sentencing the 11 convicts life imprisonment, they were let off on August 15 this year by the Gujarat government citing the 1992 remission policy that allowed prisoners to apply for reduction of their sentence.

Recently, the Haryana government released Dera Sacha Sauda Chief Gurmeet Ram Rahim on parole who has been convicted of rapes and murders and is serving a life sentence in a jail in Rohtak. He has subsequently held several ‘Pravachan Sabhas’ and released music videos promoting himself, which were attended by several senior government functionaries, it said.

DCW Chief Swati Maliwal termed these incidents deeply disturbing and said that existing rules and policies vis-a-vis remission, parole and even furlough in the country are extremely weak and can be easily misused by politicians and convicts for their own benefit.

“If influential people enjoying political clout can seek undue benefits while serving life sentences in heinous crimes against women and children, justice is clearly denied and any steps of the government for ensuring safety of women and children are rendered devoid of any merit. I have sought the details of parole and remission policies from the authorities,” Maliwal said.