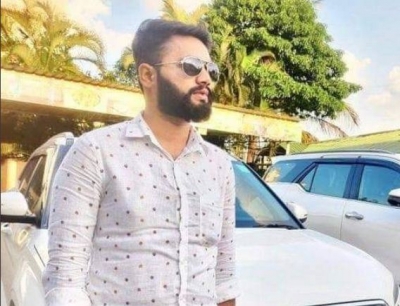 Renukacharya’s nephew, Chandrashekar’s body was found in the Tunga canal. Renukacharya had lashed out at the police alleging a slack investigation.

He had stated that the police did nothing in the case even as his supporters had searched for the body through drones and done leg work. The police department was under pressure to crack the case as the statements by Renukacharya worried the ruling BJP government.

Chandrashekar had visited Vinay Guruji’s ashram before he went missing with his friend Kiran. The Channagiri police later visited the ashram and gathered information in connection with the case.

Vinay Guruji was questioned on the matter that he discussed with Chandrashekar; whether there was any crisis or problem that Chandrashekar might have shared. Guruji had reacted that Chandrashekar was a devotee, and had visited the ashram, but he (Guruji) could not talk to him (Chandrashekar) much as he came late, police said.

Guruji also told the police that he had asked Chandrashekar about the timing of visits to the ashram and sent them back asking them to be careful in future. He also said that he was pained at the turn of events. The police were also questioning the staff of the ashram.

Chandrashekar, 24, had gone missing last Sunday. It was suspected that he was kidnapped. The police had found the deceased Chandrashekar’s car inside the canal on October 3. After lifting the car with a crane, the decomposed body of the man was found inside.