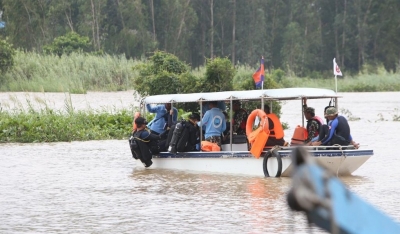 Phnom Penh: The death toll from the capsize of an overloaded boat in Cambodia’s Kandal province has increased risen to 11, and the rescue mission has completed, officials said on Saturday.

The accident happened in the Mekong River when the motorized boat, with 15 people aboard capsized about 50 meters off the shore in Kandal province’s Leuk Daek district.