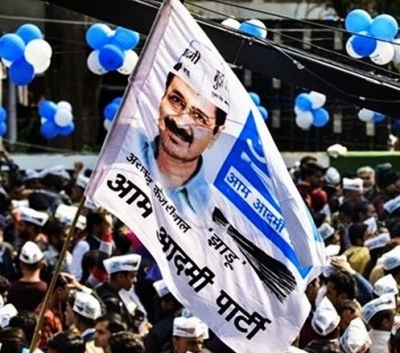 New Delhi: The Aam Aadmi Party (AAP) on Saturday claimed that the BJP-ruled Municipal Corporation of Delhi (MCD) suffered a loss of Rs 6 crore due to irregularities in the collection of parking fees.

The party said that it would write a letter to Lt. Governor V.K. Saxena, urging him to order a detailed investigation and take strict action against the culprits.

“BJP-led MCD gave tender to a company to collect parking fees; people paid Rs 1.5 crore in total but the collected amount never reached MCD. The matter went to the court; the company did not pay the money despite court orders, and the MCD suspended its licence. The owners of that company opened several companies to defraud MCD, and as a result, MCD suffered a loss of Rs 6 crore,” AAP legislator Durgesh Pathak said at a press briefing.

There was a company who was given the tender from MCD to manage the parking lots across the city and to collect the parking fees from the people and to deposit that fees to MCD’s exchequer, he said.

However, the company started running the parking lots, although the fees they charged were very high. They should have charged Rs 20, but instead they charged between Rs 40-60 to park a vehicle. After collecting the parking fees, they did not deposit that money in MCD’s account, he said.

“The matter reached the court and in 2022, the court ordered the company to pay the money by a certain date and, in case of default, the MCD can blacklist the company. The company did not deposit the money by that date and MCD blacklisted them along with cancelling their licence,” Pathak claimed.

He further added: “Although MCD suffered a loss of Rs 1.5-2 crore because the company did not pay the money, the matter should have ended here. But the same set of people who were running this blacklisted company formed another company, and they again got the tender. Earlier where the dues were up to Rs 1.5 crore, now they have reached the amount of Rs 6 crore.”

Pathak further said the BJP has been ruling in the MCD for the past 15 years. “Is it possible to pull off such a massive act without senior BJP leaders taking bribes in return?” he questioned.

“We will write a letter to the L-G to convey this information. We are optimistic that he will order an investigation in all the matters and take strict action against the culprits,” Pathak said while addressing the media.