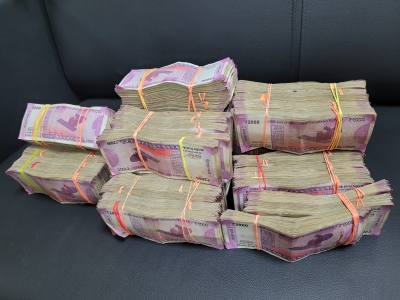 New Delhi: In connection with the Delhi Excise Policy scam, the Enforcement Directorate (ED) has seized Rs 1 crore from the house of a businessman in the national capital, sources said on Saturday.

Following the seizure of the cash, the ED will now call him to join the investigation, the sources said without providing any further details.

The businessman’s house was searched as the probe agency on Friday conducted day-long raids at more than 35 locations across Punjab, Delhi and Andhra Pradesh.

The raids were conducted after the interrogation of Sameer Mahendru, an accused in the central agency’s custody, during which the ED found out Punjab and Andhra Pradesh had connections in the case.

There are allegations that Arun Ramchandra Pillai, a resident of Kokapet in Hyderabad, used to collect undue pecuniary advantage from Mahendru for onward transmission to accused public servant Vijay Nair.

Now, the probe agency is collecting the documentary and digital evidence to nail the money trail in money laundering. The ED is trying to make a water tight case by trying to unearth the layering of laundered money.

Friday’s raids were the third in connection with the Excise Policy Scam.

So far, the ED has raided around 100 locations.