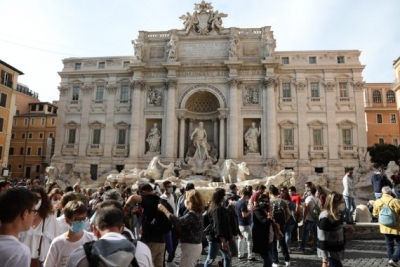 Rome: The Delta Covid-19 variant is spreading in Italy, according to the country’s National Institute of Health (ISS), leading to an increase in the number of cases, though officials have ruled out an immediate change in government policy.

The Delta variant is considered to be more transmissible and is reportedly responsible for an increase in the infection rates in multiple European countries, reports Xinhua news agency.

He noted that the number of cases remained “of concern but reasonable”.

Brusaferro said that 11 of Italy’s 21 regions and autonomous provinces saw an increase in cases over the last seven days.

Eight regions and autonomous provinces are classified as “moderate risk” with all the others at “low risk”.

As such, the entire country remained categorized as “white” zone, the least restrictive of Italy’s four colour-coded categories.

Brusaferro said the best thing the country can do to confront the spread of the Delta variant is to continue with its vaccination program,.

Italy has completely vaccinated 22.7 million of its people, the equivalent of 42 per cent of the country’s population over the age of 12.