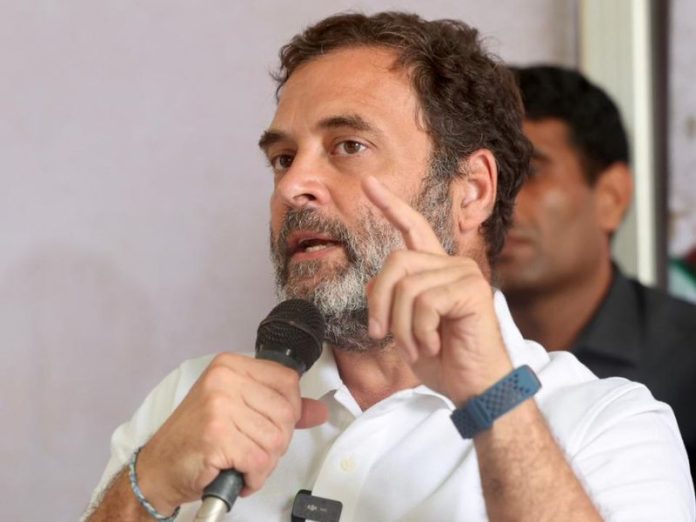 Congress MP Rahul Gandhi has slammed Prime Minister Narendra Modi saying his Demonetisation and hasty implementation of GST destroyed the economy and led to massive joblessness in the country.

Nanded: Congress MP Rahul Gandhi has slammed Prime Minister Narendra Modi saying his Demonetisation and hasty implementation of GST destroyed the economy and led to massive joblessness in the country.

Addressing a huge rally during the Bharat Jodo Yatra (BJY) in Maharashtra’s Nanded on Thursday, Gandhi criticised Modi for the disastrous decision to demonetise Rs 500 and Rs 1,000 currency notes six years ago and implementation of GST with five tax slabs which broke the back of the Indian economy and finished off unemployment opportunities.

“For the first time in India’s history, farmers are being taxed, GST is being levied on fertilisers and every other items of daily consumption which is compounding the problems for the masses,” Gandhi thundered.

Accusing the BJP government of only helping “2-3 big industrialists to corner almost all the money” Gandhi pointed out how there’s no money for education, farmers’ loan waiver, no jobs under MNREGA and total ruination of the MSME sector.

Attacking Modi for the false claims that Demonetisation would eliminate black money, Gandhi said: “Modi had said that if Demonetisation did not work then hang me, he shed crocodile tears and floated theories. Tell me, has the country been rid of black money after all these years?”

On Friday, Shiv Sena (UBT) leader Aditya Thackeray and others will join the BJY.

Over the next fortnight, BJY will cover six Lok Sabha constituencies in five districts of Nanded, Hingoli, Washim, Akola and Buldhana before making it’s way to Madhya Pradesh.