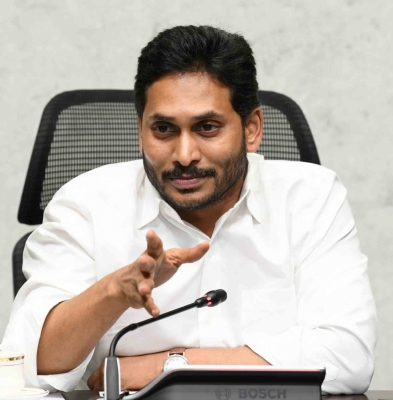 New Delhi: The Andhra Pradesh government has moved Supreme Court alleging that Telangana government has deprived it of its legitimate share of water for drinking and irrigation purposes and termed it “unconstitutional and illegal”.

The plea cited that under Section 87 (1) the board can exercise jurisdiction only in respect of such aspects as are notified by the Centre, but no such notification has been issued so far.

The plea argued that in view of no progress on notification of the jurisdiction of KRMB, Telangana by its acts of commission is seriously affecting the water supply to Andhra Pradesh for irrigation and other purposes.

The plea contended that in Srisailam Dam project, the reservoir’s quantity has seriously depleted on account of use of water therefrom for generation of power in Telangana, which has been established by “daily readings” submitted by dam authorities.

The Andhra Pradesh government said this has caused immense hardship for its people, as availability of water has been seriously prejudiced by depletion in Srisailam Dam project as well as other projects such as the Nagarjuna Sagar Project and the Pulichintala Project.

“More significantly, State of Telangana is clearly in violation of a binding Award, popularly known as “Bachwat Award” made on 31.05.1976 and express provisions of the 2014 Act, whereby State of Andhra Pradesh was bifurcated into Telangana and Andhra Pradesh,” the petition filed through advocate Mahfooz A Nazki.

The Jagan Reddy led YSR Congress government argued that actions of the Telangana government are unconstitutional and in violation of right to life its people.

The Andhra Pradesh urged the top court for direction to the Centre to take control of the common reservoirs of Srisailam, Nagarjunasagar and also Pulichintala reservoir along with all their outlets and operate the same as per the operating rules in vogue as per the binding award.

And if necessary, with the help of police protection operate both the common reservoirs of Srisailam, Nagarjunasagar and also Pulichintala reservoir without causing prejudice to Andhra Pradesh.