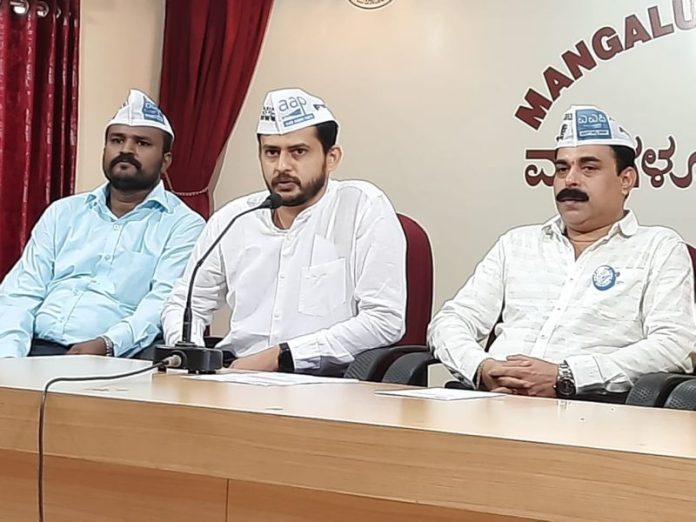 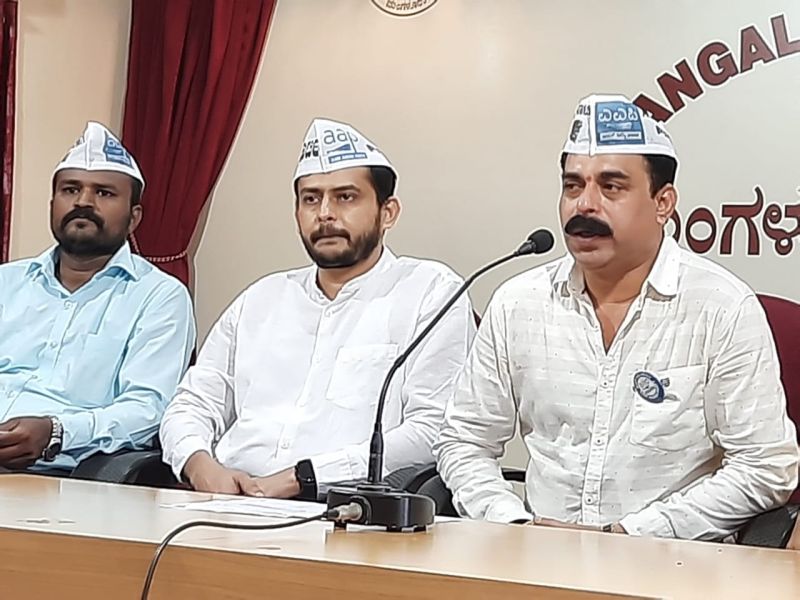 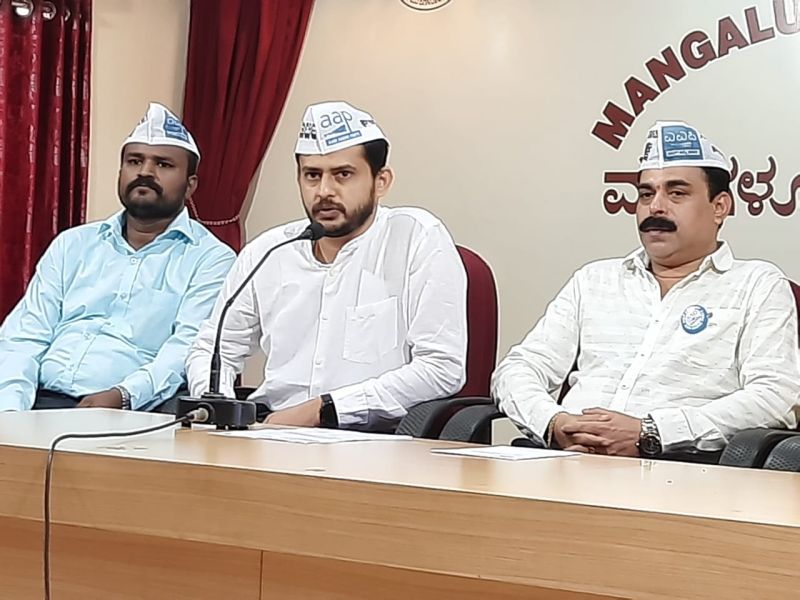 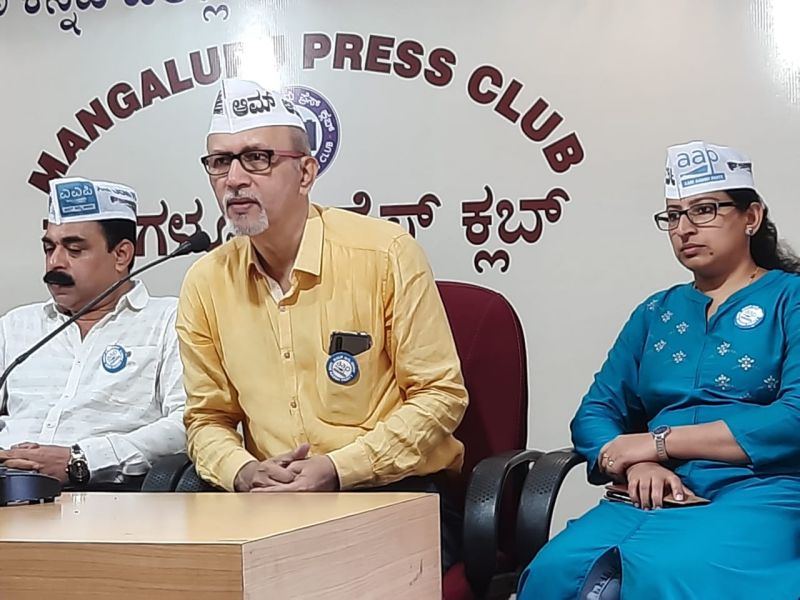 Kamath further said, “The scope of the portal will cover the entire jurisdiction of Mangaluru City Corporation (all 60 wards). Any citizen of Mangalore can register their grievances or post photos and videos of the issues faced by the public of that ward on this portal. “The district team of AAP will take up the issue and help the citizens solve their problems in consultation with the respective authorities in MCC” as said by Venugopal Puchupadi, the General Secretary of AAP DK and the man behind this unique portal. If necessary, AAP will also give representation before the administration and fight for the rights of the citizens”.

“The Aam Aadmi Party is known for its belief in the Swarajya Model of governance. Hence, the portal is being launched on Gandhi Jayanti Day to signify our commitment to taking governance closer to the people. This portal is being set up mainly because elected representatives like MPs, MLAs, and Corporators are not listening to the voice of the people. Though the Mangaluru City Corporation has introduced the system of Ward Committees to encourage greater interaction and involvement between the citizens and their elected representatives, these committees are not functioning satisfactorily. MCC’s own grievance portals, such as Janahitha, are also not effective,” added Kamath. 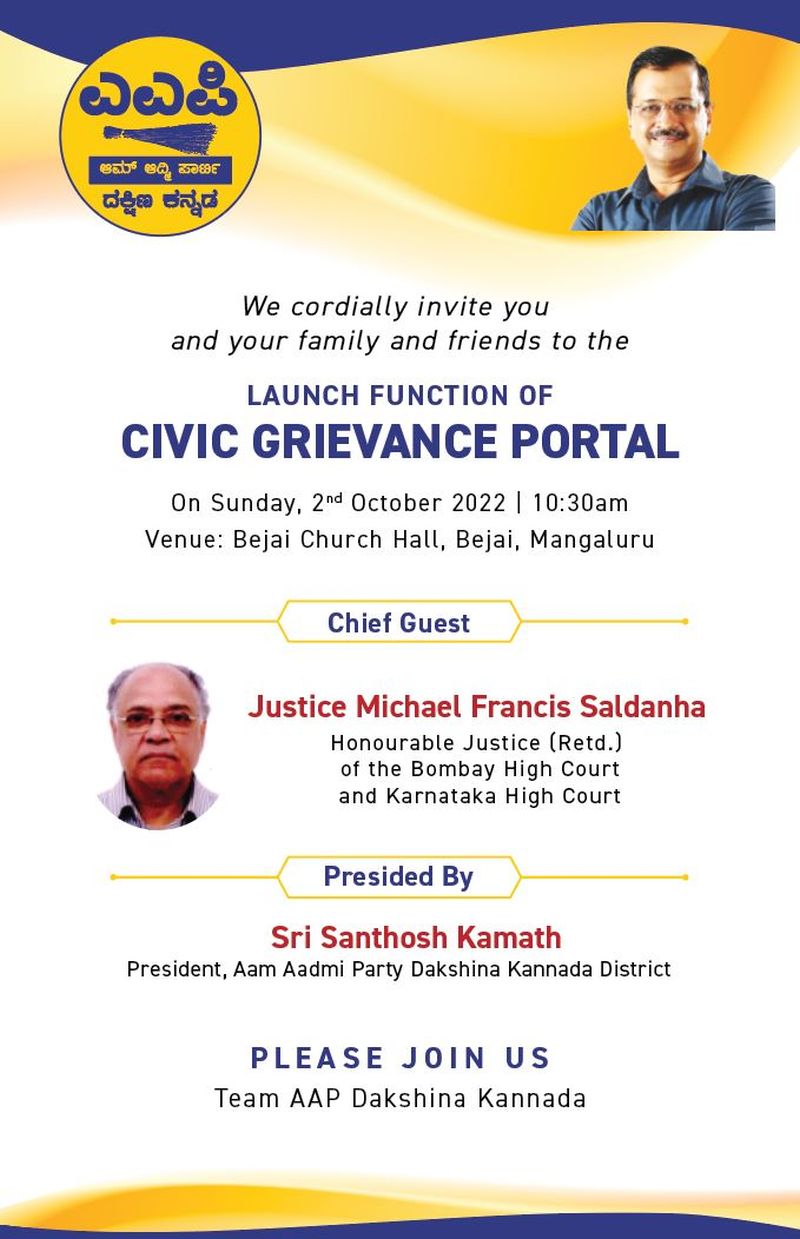 He concluded by saying, “Under the able leadership of National Convener Sri Arvind Kejriwal, AAP has been successfully delivering quality education, quality health services and corruption-free governance in Delhi and Punjab and is making inroads in every state of India. We urge all the citizens to join hands with the APP DK District branch and take Mangaluru on the path of progress”.

Why should people donate blood? Safe blood saves lives. Blood is needed by women with complications during pregnancy and childbirth, children with severe anaemia, often resulting from malaria or malnutrition, accident victims and surgical and cancer patients. blood is needed by persons severely injured in accidents, and also by other patients who are in desperate need of BLOOD. 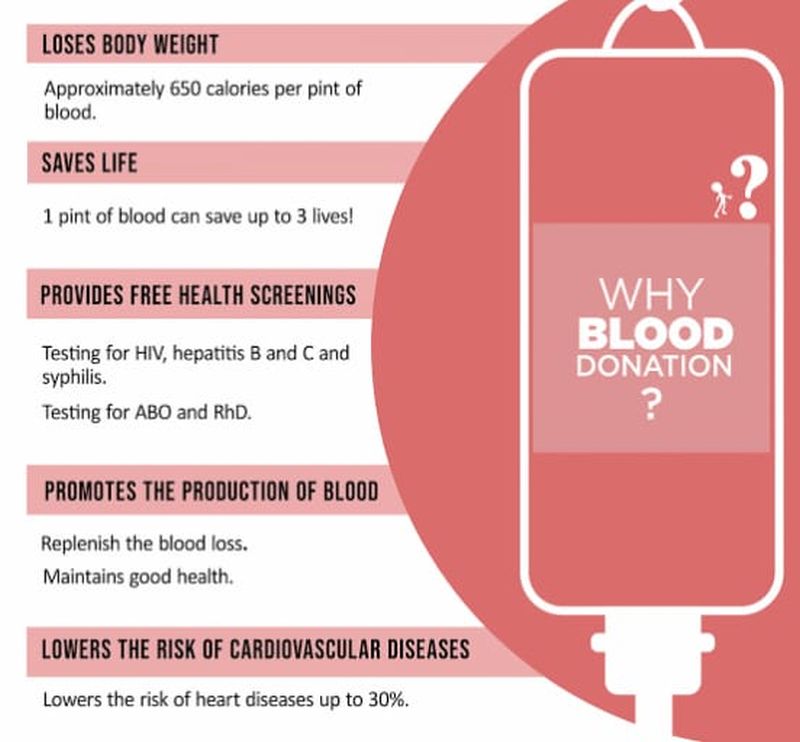 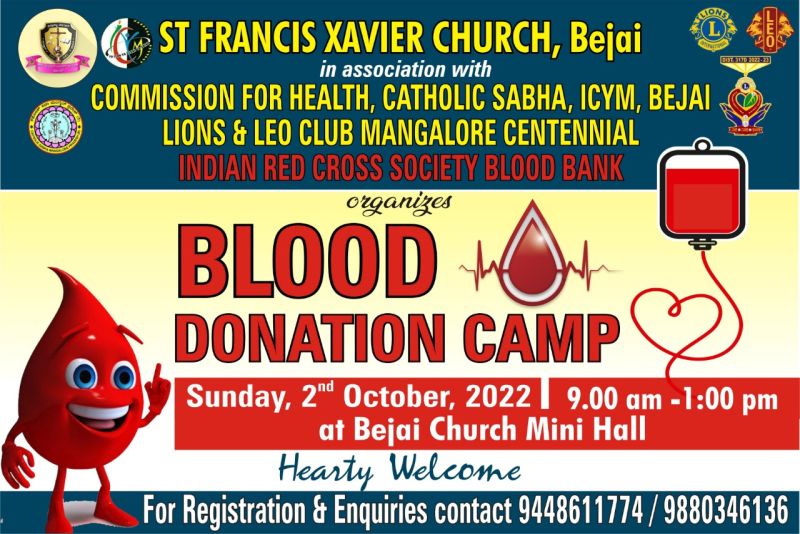 There is a constant need for a regular supply of blood because it can be stored only for a limited period of time before use. Regular blood donation by a sufficient number of healthy people is needed to ensure that blood will always be available whenever and wherever it is needed.

Blood is the most precious gift that anyone can give to another person – the gift of life. A decision to donate your blood can save a life, or even several if your blood is separated into its components – red cells, platelets and plasma – which can be used individually for patients with specific conditions.

And here we have, the Catholic Sabha, Indian Youth Catholic Movement (IYCM)-Bejai Church, Lions & Leo Club-Mangalore Centennial, in association with Commission for Health and Indian Red Cross Society Blood Bank, who will be organizing a BLOOD DONATION CAMP on Sunday, 2 October 2022 from 9 am till 1 pm, in Bejai Church Mini Hall.