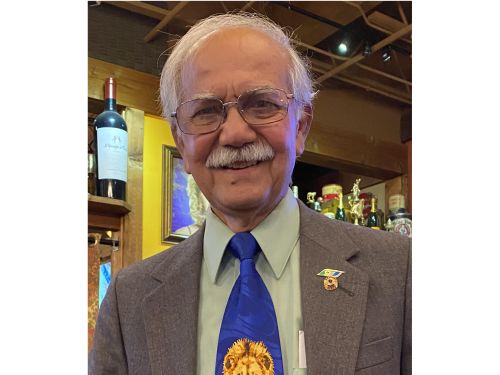 USA: A Mangalurean whose name is given to one street in Forest Park, a suburb of Chicago has been endorsed by Past District Governors of District 1A – Mother District of Lionism at their PDG Club meeting held recently.

Dr Austin was District Governor and Vice Council Chair for 2 terms in Illinois. He was the Trustee for the Lions of Illinois Foundation and served as its secretary for 4 years. He was also the Diversity Commissioner for the Village of Forest Park and its secretary for 3 years. Since 2000, he has been the editor of the MD1 State e-Magazine and the editor of the District Governor’s e-Newsletter for 18 years.

Dr Austin’s Lionistic work started back in Mangalore, India when he joined Mangalore Padil Lions Club 49 years ago. He continued his lions’ membership once he landed in Chicago. He has received numerous awards from the Lions and also from the Indian community in Chicago for his leadership achievements. He is a life member of Lions International and a Progressive Melwin Jones Fellow with 71 Diamond Pins for his credit; the only one to reach this height in the state of Illinois. He is well known at the District, State and International levels for his Lionistic work. Dr Austin’s wife Terry also served as District 1A Governor from 2014-15.

There will be only 6 elected from the US at the forthcoming International Convention to be held in Boston, Massachusetts in June 2023. If all goes well, he will be the first Mangalorean-origin Lions International Director from Chicago and the US.

Now he has 2 elections to face first, one in his district and then from the Multiple District, State of Illinois.