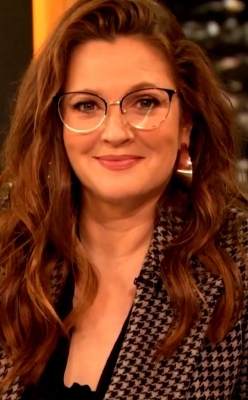 Drew Barrymore likes to be in the buff at home

The 47-year-old actress – who is currently single but has daughters, Frankie, eight, and Olive, nine, with her ex-husband Will Kopelman – explained that when she is home alone, she finds it “very liberating” to walk around in the nude, reported Female First UK.

Speaking on ‘The Drew Barrymore Show’, she said: “I have to say, if I get a moment alone in my apartment and my kids have gone to their dad’s or there’s no one around, I’ll lock all the doors and I’ll walk around naked. It just feels like the most liberating act I can do.”

Meanwhile, the ’50 First Dates’ star previously claimed that she could “go years” without having sex and more recently explained that she has “very different feelings about intimacy” now than she did when she was much younger.

In a blog post, she said, quoted by Female First UK: “I’m sure that there was one point in my life where six months might have seemed extreme, but I’m on the other side of that now. At nearly 48 I have very different feelings about intimacy than I did growing up. I did not have role model parents and I engaged with people in grown up ways since a tender age! I was looking for companionship! Validation! Excitement! Pleasure! Hedonism! Fun! And adventures.”

She further said: “Now, because I can’t get in the time machine and change my history, I choose to look at it through a positive lens, which is that I lived! I lived a very rich, full life. However, after two kids and a separation from their father that has made me cautious, I have had the pleasure of shifting my focus when it comes to love for myself and my two daughters. I know that does not include a man nor has it for a while (sic)”.