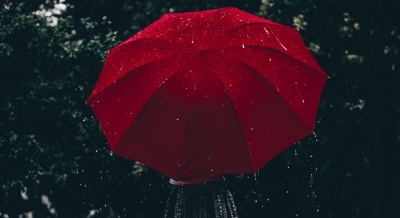 New Delhi: The early or late arrival of monsoon has got a very little bearing on its overall performance as seen over the past any years.

According to Skymet, in 2004, Monsoon landed on mainland Kerala on May 18, two weeks ahead of its normal date. The month of June clocked 100 per cent rainfall of LPA (long period average). National Weather Agency predicted the ISMR (Indian Summer Monsoon Rainfall) to be 100 per cent of LPA.

However, the season ended with drought with an overall deficiency of 13.8 per cent. In 1983, the Monsoon announced its arrival over Kerala on June 13, with a delay of nearly two weeks. The month of June remained deficient by 16 per cent rainfall but the season finished with a record excess of 12.6 per cent, Skymet said.

The month of June is obsessed as a viral marker of Monsoon but factually it may not hold ground statistically.

In the recent past, seasonal rainfall found hardly any correlation with June performance. It is an opening month leading to phenomenal environmental changes, specially the oceans on either side of the Indian coastline. Continental and oceanic heat potential, the driving force behind the monsoon activity, changes drastically. The month of June accounts for the stabilization of these changes and is therefore susceptible to large variations in the rainfall pattern.

June 2021 has been an undulating month with large daily variations. For the 1st three weeks, daily rainfall generally remained above normal except on two days (on 7th and 8th) when it was deficient by 44 per cent and 33 per cent, respectively.

Monsoon advanced with a speedy pace covering 80 per cent area in just 10 days. Delhi missed an early arrival by a whisker and may observe substantial delay now. In the absence of any fresh monsoon system, the northern limit of monsoon (NLM) is stuck on the outskirts of Delhi and short of Punjab and Haryana.

Rainfall surplus had sustained above 30 per cent during the 3rd week and even climbed to 41 per cent on 19th and 20th June. The spurt in the monsoon activity has now dipped and is mostly confined to east and northeast India. The surplus rainfall got consumed in the 4th week and now the month of June has ended with a monthly total of 110 per cent of LPA (Long Period Average). However, June rainfall need not be construed as any lead to the seasonal performance as such, Skymet said.