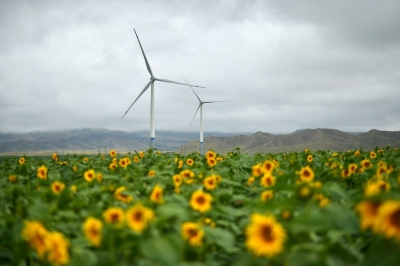 Cairo: Egypt has set out a vision for the 27th session of the Conference of the Parties (COP27) to the UN Framework Convention on Climate Change, which aims to make it an “implementation COP” by pushing for actions across prior agreements through all areas of climate change needs, according to a press release by Egypt’s COP27 Presidency.

“We must accelerate climate action on all fronts including mitigation, adaptation and finance in addition to adopting more ambitious mitigation measures to keep the 1.5 degrees Celsius within reach,” Egyptian Foreign Minister and COP27 President-Designate Sameh Shoukry was quoted as saying in the Wednesday press release.

Egypt will host COP27 from November 7 to 18 in its Red Sea resort city of Sharm El-Sheikh, Xinhua news agency reported.

There is “no room for delay in the fulfillment of climate pledges or backtracking on hard earned gains in the global fight against climate change”, Shoukry was quoted as saying.

“We must work together for implementation. We need to act, and act now, to save lives and livelihoods,” Shoukry added.

Wael Aboulmagd, special representative of the COP27 president, told a COP27 press briefing that 5 million people die every year because of temperature extremes and 4 per cent of global economic output could be lost by 2050 because of climate change, according to the press release.

Over the past few years, Egypt has been focusing on green economy by building solar energy plants, promoting eco-friendly industries such as waste recycling, boosting use of natural gas-powered vehicles, working to plant 100 million trees nationwide, and raising popular awareness of protecting the environment.