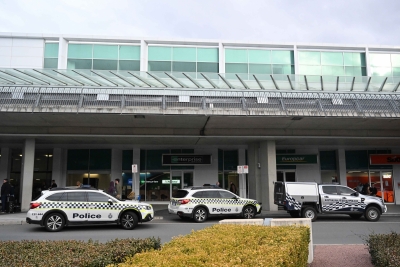 Canberra: Elderly travellers are being tricked into trafficking drugs into Australia, the federal police have warned.

In a recent statement, the Australian Federal Police (AFP) revealed it has identified a new trend whereby organised criminals are targeting the elderly with online scams to coerce victims into working as drug mules to pay off their debts, Xinhua news agency reported.

Over the last 12 months, the AFP has arrested 18 alleged drug mules on arrival in Australia, with some of them claiming they were traveling under the direction of international crime syndicates after falling victim to online financial scams.

“Criminal syndicates, by their very nature, exploit vulnerable communities and will undertake whatever tactics necessary to import drugs into our country,” AFP Commander Kate Ferry said in a media release on Sunday.

“We have unfortunately seen instances where people have not only fallen victim to classic inheritance or investment scams and lost their money, but they are then offered false hope to regain their money, some unwittingly working as drug mules for the criminal syndicate.”

In both cases the travelers told police they had flown into Zimbabwe where the suitcases were allegedly provided to them.

“These criminals prey on the vulnerable and, at times, naive and further victimize them by banking on the fact that they will do whatever it takes to recover their funds. The consequences for these victims can be severe, including lengthy terms of imprisonment,” Ferry said.

“Our message to these organized criminal syndicates is clear — we are aware of your methodologies in your attempts to bring harmful, illicit substances to our country — and they will not work.”