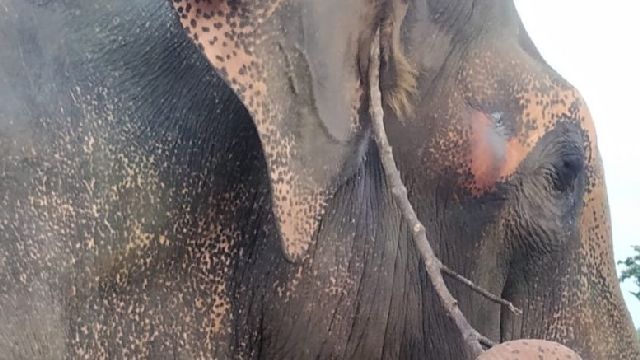 Elephant dies of electrocution in Chamarajanagar

According to the Forest Department, the wild elephant died when it tried to enter a local farmer Jagannath’s field that had sown groundnuts.

The official said that the farmer had illegally supplied power to the fence to prevent the wild boars from straying into his field and destroying his crop.

“This female elephant that came in contact with this live wire and died of electrocution,” the official told reporters.

The village comes under Omkar forest range, within Bandipur Tiger Reserve limits. The Forest department officers have visited the spot and booked a case against the landowner, who is absconding after news of elephant’s death spread.

Apart from the forest department, a team of officials from the Chamundeshwari Electricity Supply Corporation Limited (CESC Mysore) and police too have visited the spot and booked cases against the farmer.

According to a data compiled by NGO Wildlife Protection Society of India (WPSI) in 2020, around 1,300 wild animals had been electrocuted across India due to deliberate and accidental electrocution between 2010 and 2020.