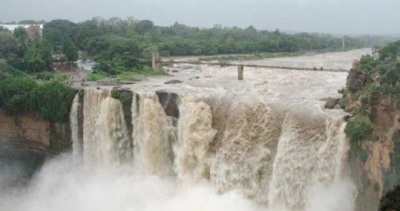 Bengaluru: Amid the prevailing Covid-19 situation in the state, the district authorities have decided to restrict the entry of people to the Nandi Hills located on the outskirts of Bengaluru during weekends.

The Belagavi authorities have also taken a decision to ban the entry of citizens to the Gokak Falls dubbed as the ‘Niagara Falls’ of India during weekends and holidays.

Thousands of Bangaloreans thronged the Nandi Hills during the last weekend while the authorities remained mute spectators to Covid rule violations. The Chikkaballapura district authorities issued an order after discussions with K. Sudhakar, the Karnataka Health and district in-charge Minister.

Meanwhile, Belagavi Deputy Commissioner M.G. Hiremath on Friday directed that the entry to Gokak Falls would remain closed for the public on weekends and holidays.

The entry to surrounding Dhopadaala and Godachinmalki Falls had also been restricted.

Action has been taken as a large number of tourists and local residents did not follow social distancing norms or wear masks.