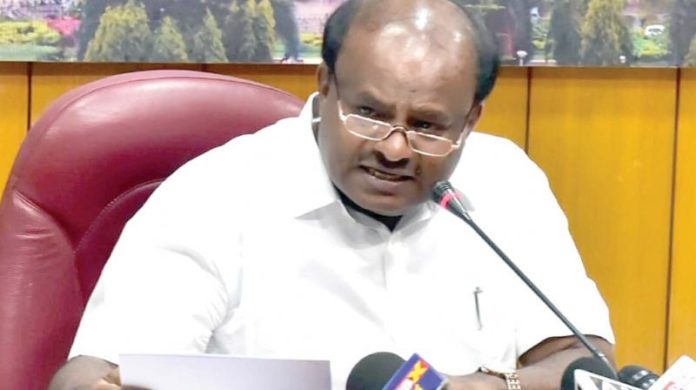 Kumaraswamy also requested the Centre to protect ‘country’s international reputation’ by solving the issue at the earliest.

Thousands of farmers from Punjab, Haryana, and other states have been protesting along Delhi’s border against new farm laws passed by the union government in September, which they fear will dismantle the minimum support price system and leave them at the mercy of big companies.

Several rounds of talks between their leaders and the government and multiple assurances from Prime Minister Narendra Modi himself have also failed to move them.

On Saturday, taking to Twitter, Janata Dal (S) second-in-command Kumaraswamy said the protest has begun attracting the attention of not only the country, but the entire world and has created an impression that is brewing some troubles in India.

“It is my sincere wish that the reputation earned by India at the international level and its image should not be dented by the new farm legislations as well as the protests against them,” he said in a series of tweets.

Under these circumstances, he sought a decisive meeting to end the farmers’ struggle.

“This is inevitable in the interest of protecting the country’s dignity,” he added.

The JD(S) leader also reminded the protesting farmers of views that Indian agriculture was caught in a vicious circle. “It is very much necessary on our part to be ready for any experiment if it can bring about welfare of the farm sector by rescuing it from the vicious circle,” he said.

“(Rajnath Singh) had appealed to farmers to allow an ‘experimental’ implementation of the new farm legislations. He has also assured farmers of withdrawing the legislations,” Kumaraswamy added while appealing the farmers to have an open mind.